These oven baked BBQ chicken pizza nachos are the best of both worlds… the lovechild of BBQ chicken pizza and party nachos!  The sweet and smoky heat of the homemade BBQ sauce is what really makes these nachos stand out from the rest!

Ready to break some healthy resolutions?  If you’re going to fall off the healthy bandwagon, these nachos are TOTALLY the way to go!

When I’m at a restaurant, craving that “bar food” type of meal, I have a hard time choosing between nachos and bbq chicken pizza.  Seriously, it’s a little scary how much weight I place on these kind of decisions lol.  So when I was brainstorming some new party food recipes, naturally I had to find a way to merge the two!

These nachos are pretty much like if BBQ chicken pizza married nachos and they had a baby… a delicious baby!  Hmm, I think that came out a bit creepy lol.

Most of the great flavor comes from a simple homemade honey chipotle BBQ sauce that is not only drizzled on top of the nachos, but also is the sauce the chicken is baked in, and the base for the creamy bbq cheese sauce that smothers the nachos!  I pretty much am in LOVE with this sauce!

I love how easy it is to assemble these nachos…. plus, all the prep work can be done ahead of time!  I’m not even ashamed to say that I’ve totally had these for dinner before lol. 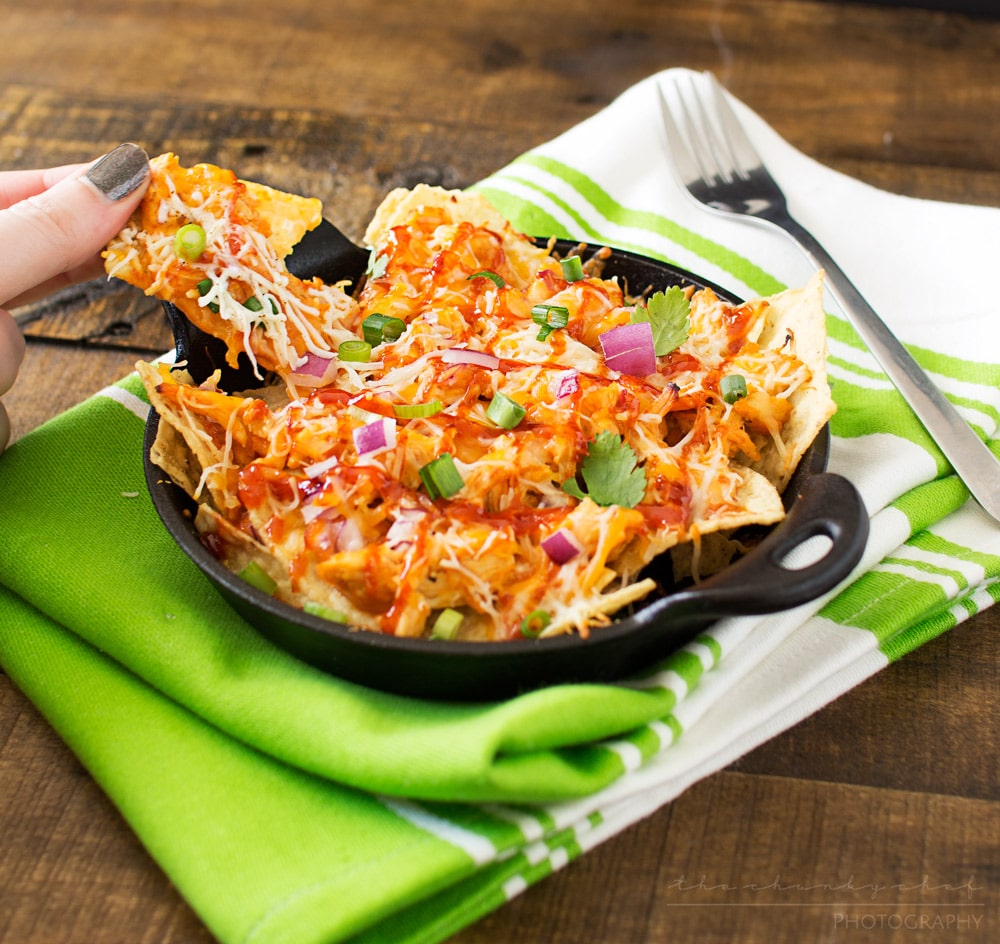 The topping ideas here are really up to you!  I went with chopped red onion, sliced green onion, and minced cilantro as a base… but also found that a drizzle of some balsamic reduction glaze is really amazing! 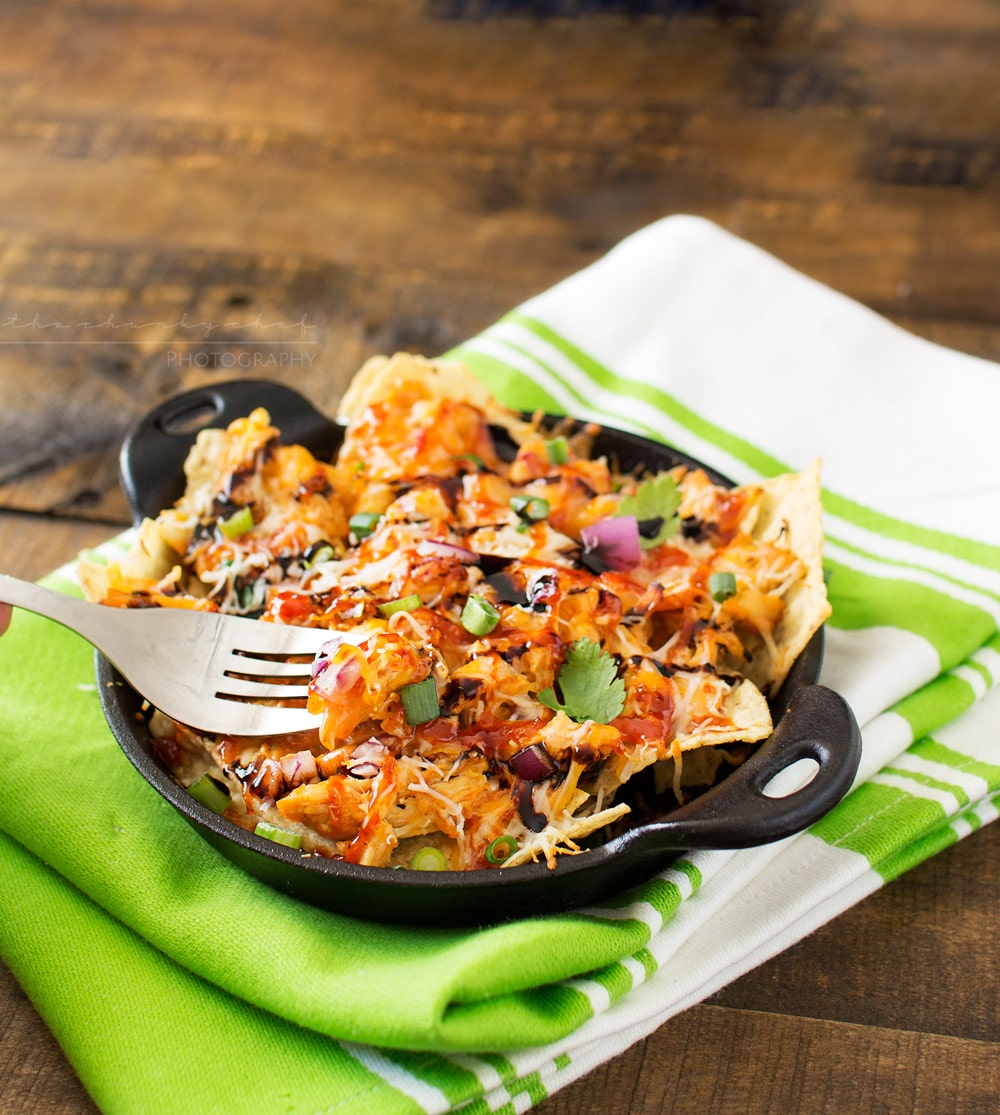 Of course, these oven baked BBQ nachos are equally amazing straight out of the oven, with no toppings too!

Basically, you need these nachos in your life.  Trust me on this one 😉 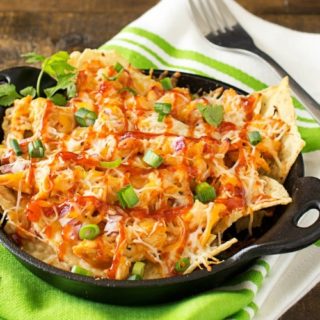 ** Sauces and chicken can be made ahead of time, and toppings can be prepped ahead of time as well.
** BBQ sauce recipe adapted from Will Cook For Friends
Author The Chunky Chef
Tried this recipe?Mention @the_chunky_chef or tag #thechunkychef! 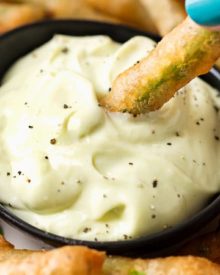 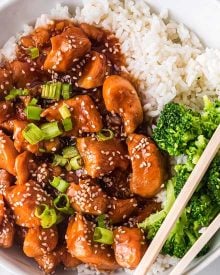