The ultimate tasty slow cooker taco dip! Loaded with fantastic taco-night flavors, and perfect for a party, this dip simmers away in your slow cooker, so you can enjoy the party and your guests!

Perfect for game day or a fun appetizer night, this slow cooker taco dip is positively loaded with great taco flavors.  I use my homemade taco seasoning blend, but you can use a packet if you prefer.  Make it for your next party and watch it disappear! 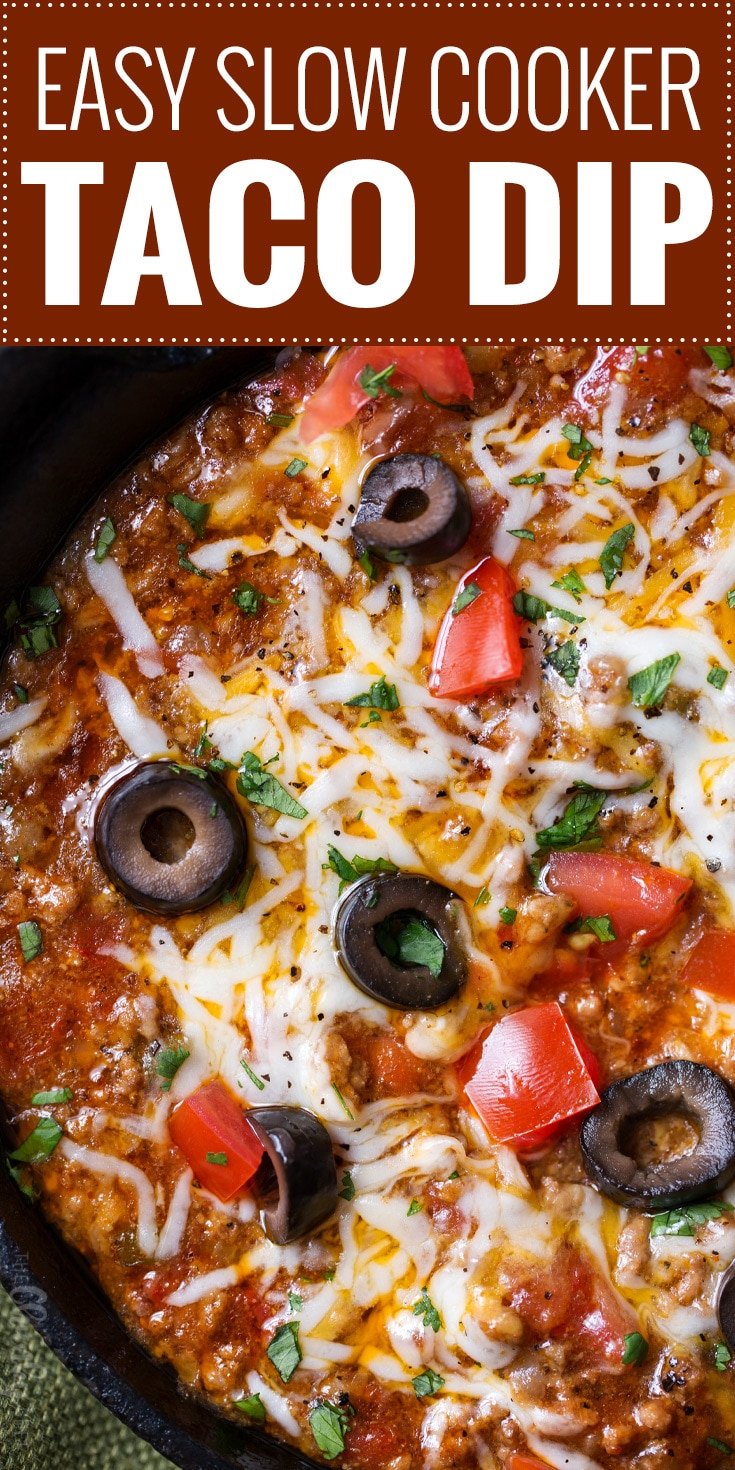 You guys.  I just realized there is a HUGE empty spot here on The Chunky Chef.  I don’t have nearly enough taco recipes!!! I love tacos… as in, I could literally eat them everyday and never get bored.  So I should have tons of them here on the blog, and yet I don’t.  Shame on me.

I think it’s honestly because tacos can be tricky to photograph, but still… mark my words, you will see a few more taco recipes here over the next 11 months! 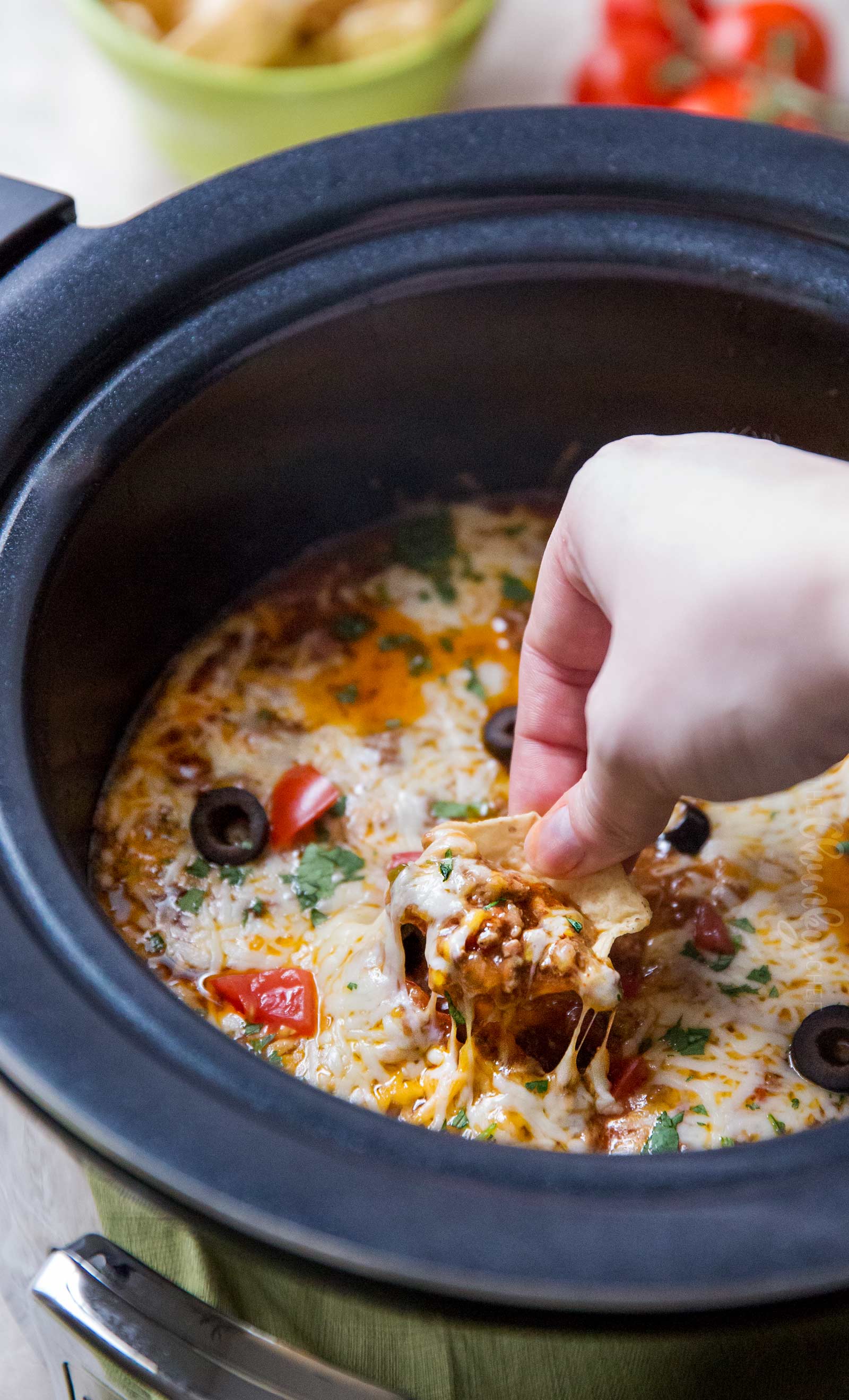 Until then, you’ll have to make do with this incredibly tasty slow cooker taco DIP.  Let me tell you, it’s as tasty as your favorite tacos.  Plus, this recipe calls for just 10 minutes of prep!  I normally chop my veggies as my meat is browning in the pan, so if you don’t like to multitask with prep, it may take you 15 minutes… but after that, it’s nearly completely hands-off!

HOW IS THIS DIFFERENT THAN OTHER TACO DIPS?

I know there are a LOT of taco dips out there in the universe.  But here’s why this one is my favorite: 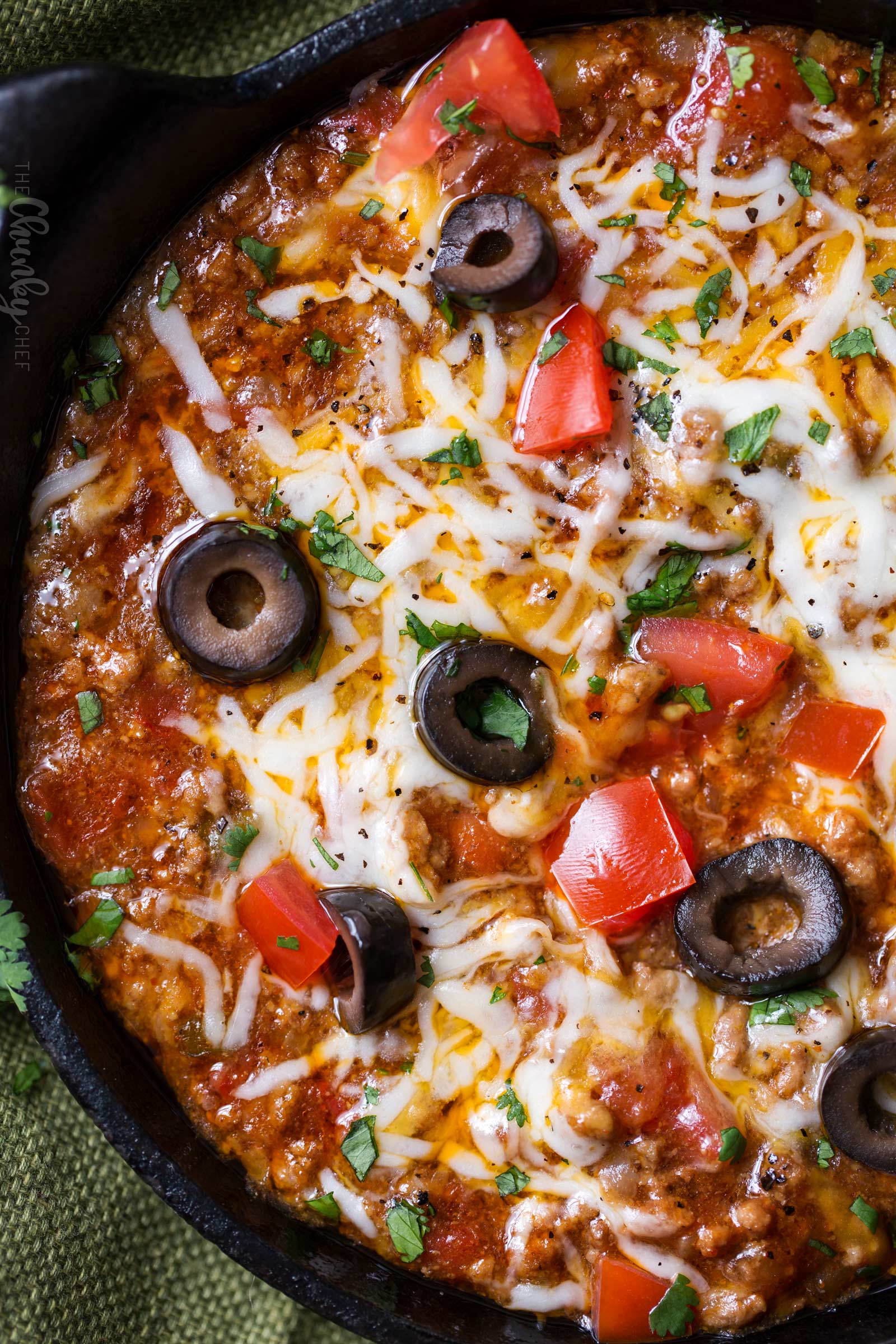 I mentioned using homemade taco seasoning, which I encourage you to try, at least once.  Everyone has their own tastes, but my homemade blend is one that my family has been enjoying for years!  You can easily double or triple the recipe and store it in an airtight container with your other spices for other taco nights to come.  However, if you already have a packet of taco seasoning, go ahead and use that. 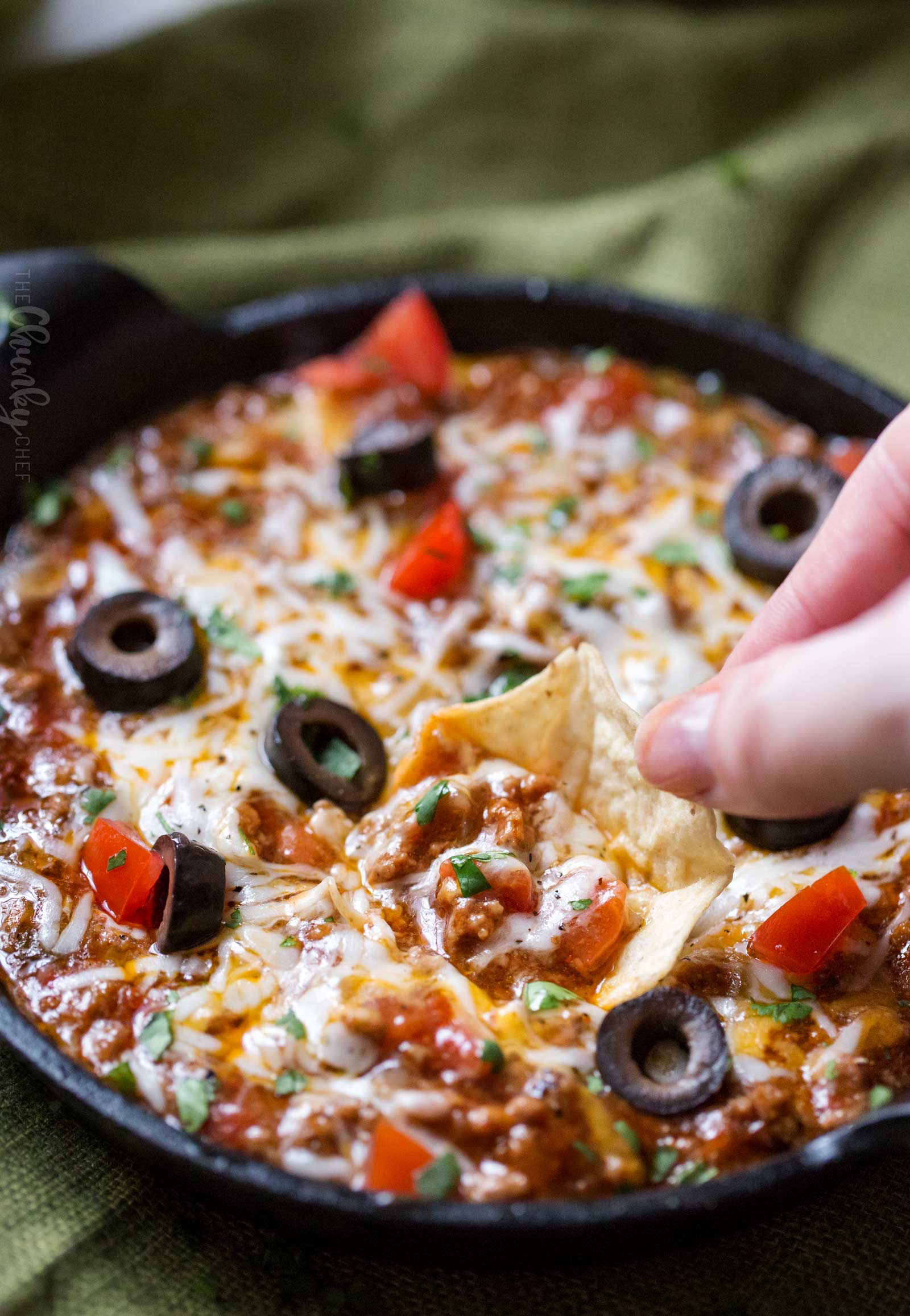 TIPS AND TRICK FOR MAKING THIS SLOW COOKER TACO DIP: 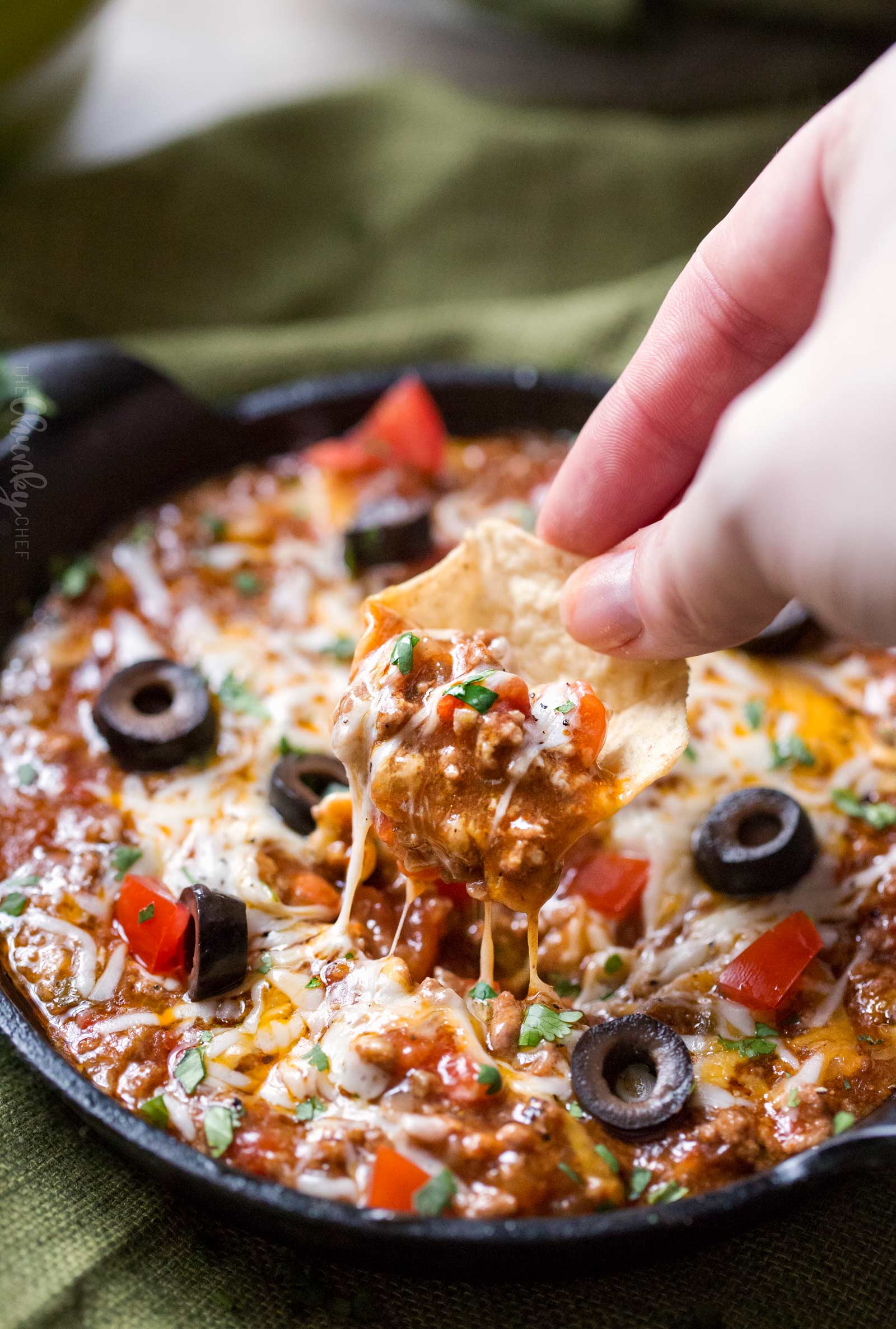 This game day season (or any time really), dust off your slow cooker and give this ultimate taco dip a try.  It has everything you love about great beef tacos, in a fun dip form!

PIN IT TO YOUR APPETIZERS OR PARTY BOARD TO SAVE FOR LATER! 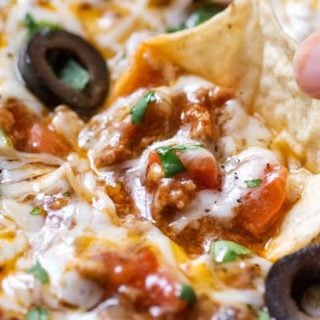 The ultimate tasty slow cooker taco dip! Loaded with fantastic taco-night flavors, and perfect for a party, this dip simmers away in your slow cooker, so you can enjoy the party and your guests
4.4 from 22 votes
Print Recipe Pin Recipe
Prep Time 10 mins
Cook Time 3 hrs
Total Time 3 hrs 10 mins
Servings 16 servings
Calories 138

If you're a bean fan, a small can of refried beans or drained and rinsed black beans can be added to the dip as well. If you don't want to make the homemade taco seasoning, use your favorite brand's seasoning packet.
Tried this recipe?Mention @the_chunky_chef or tag #thechunkychef! 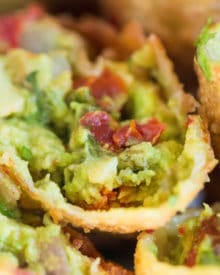 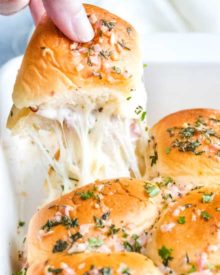 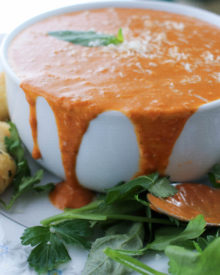