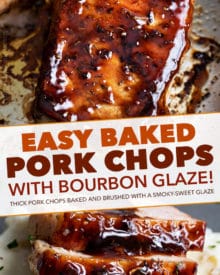 Thick and juicy pork chops, seared and baked, then brushed with the most amazing bourbon glaze! All made in 30 minutes or less!

This ultra easy Baked Pork Chops recipe is a winner when it comes to weeknight dinners!  We love easy main dishes, like my Honey Lime Shrimp, and One Pot Spaghetti. This is one of my Dinner recipes you’ll definitely want in your recipe rotation! 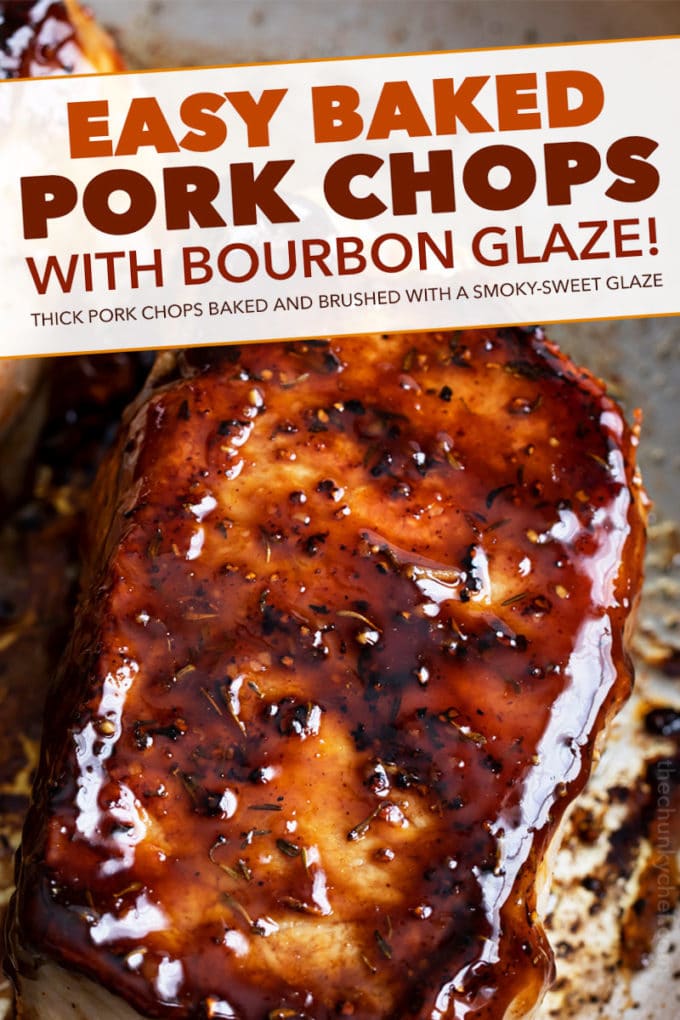 Is there anything better than a quick and easy weeknight-friendly dinner recipe?

By the time the kids get home from school and they work on homework, we’re usually in a rush to get dinner together.  Throw in after school activities or a little playtime with neighbors and it’s a madhouse at dinner time.

Recipes like these easy baked pork chops are perfect, since they’re ready in 30 minutes or less, and some of the work can be done ahead of time!

Add some Crockpot Mashed Potatoes and some steamed veggies and you have a fantastic balanced family dinner!

Even though this may sound complicated, it’s really not… I promise!  Let’s break it down: 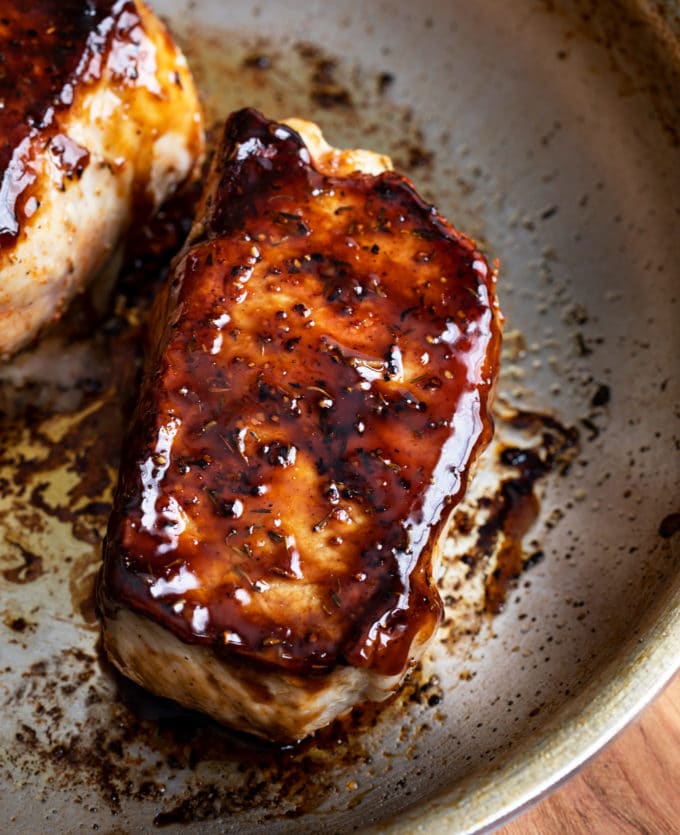 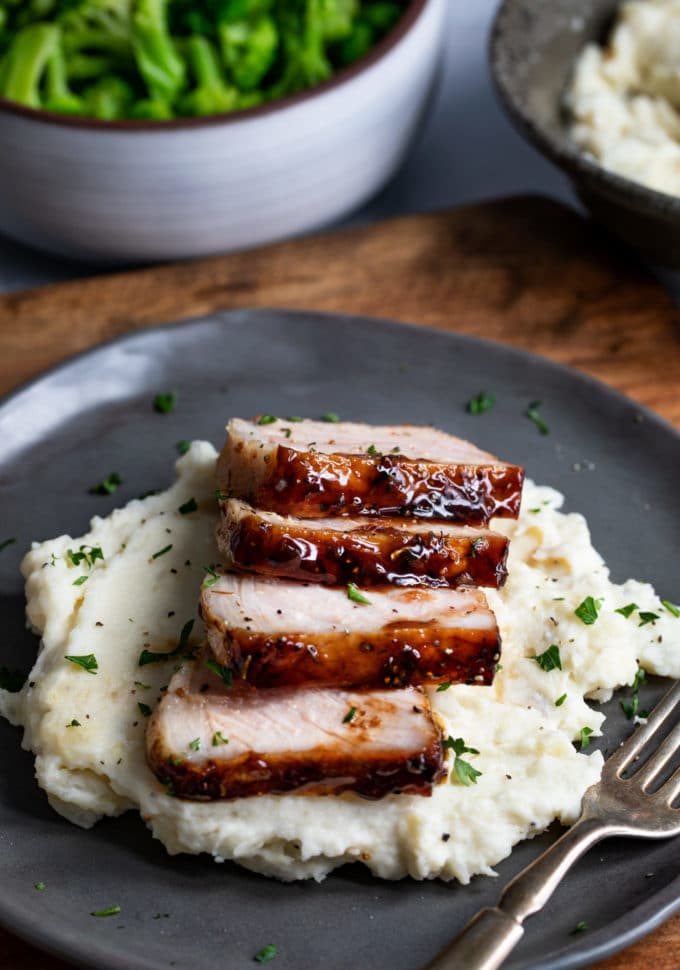 I don’t recommend baking pork chops ahead of time, as they will inevitably be less moist and tender, compared to when you make them fresh.

However, you can make the brine a day ahead of time, as well as the bourbon glaze, which cuts down quite a bit on your prep and hands-on time.

Just keep both the brine and sauce refrigerated in an airtight container.

Pork chops should be kept refrigerated in an airtight container, and leftovers should be consumed within 3-4 days. 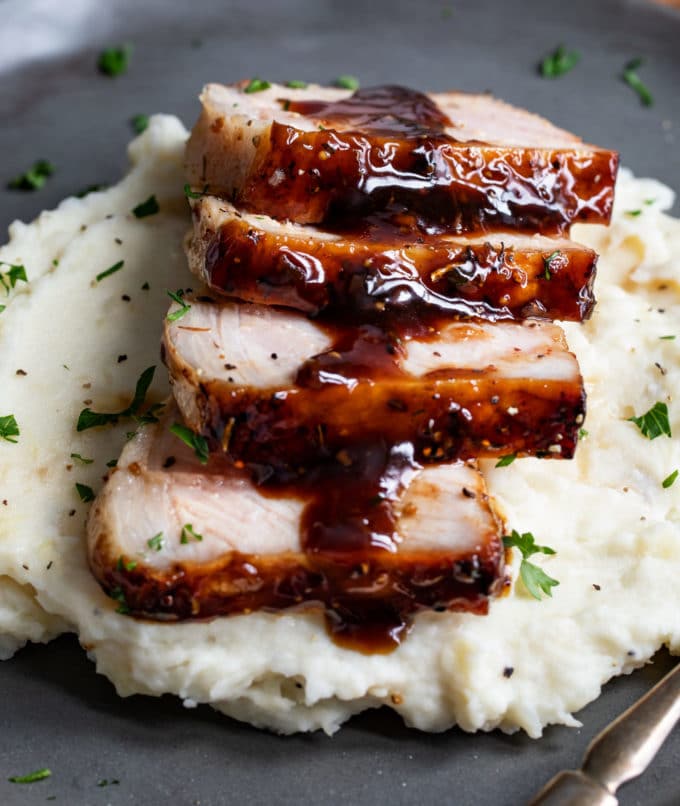 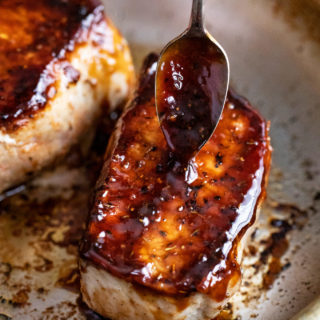 Prep time does not include brining, as this will vary from person to person.
Author The Chunky Chef
Tried this recipe?Mention @the_chunky_chef or tag #thechunkychef!
Main Dishes Pork
posted March 2, 2020 by The Chunky Chef
8 Comments » 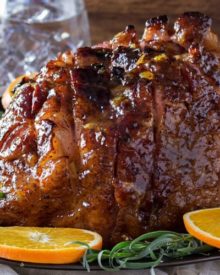 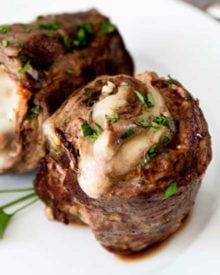 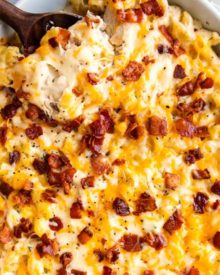