END_OF_DOCUMENT_TOKEN_TO_BE_REPLACED

A soft and incredibly fluffy baked oatmeal souffle full of mixed berries!  The texture is unlike any other baked oatmeal you’ve had before!

Even if you’ve had baked oatmeal before, you’ve never had an oatmeal with the soft and fluffy texture of this baked oatmeal souffle.  It’s so velvety, easy to make, and full of great mixed berry flavors! 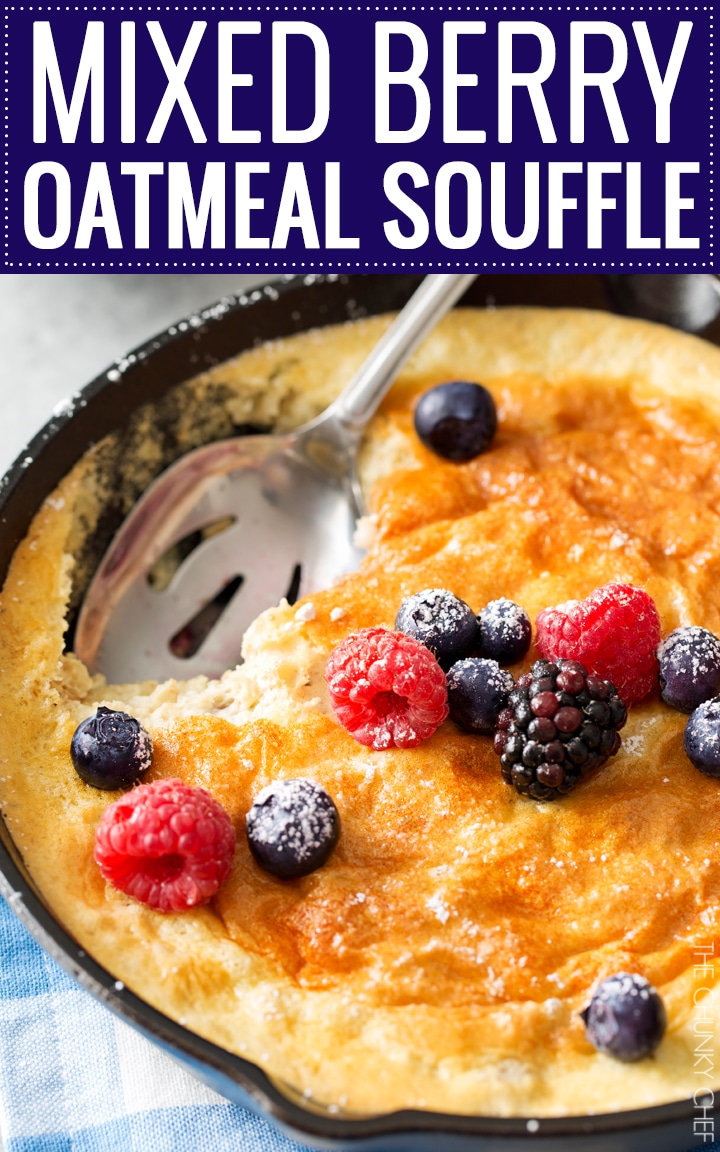 Baked oatmeal is a great way to enjoy a classic breakfast food, but this version is guaranteed to knock your socks off!  Even though it’s called a soufflé, don’t be intimidated… it’s SUPER easy!

The most complicated part of this recipe is whipping the egg whites to semi-stiff peaks, then folding them into the oatmeal.  Other than that, you’ll just be stirring oatmeal, milk, sugar and salt.  You can totally handle that right? 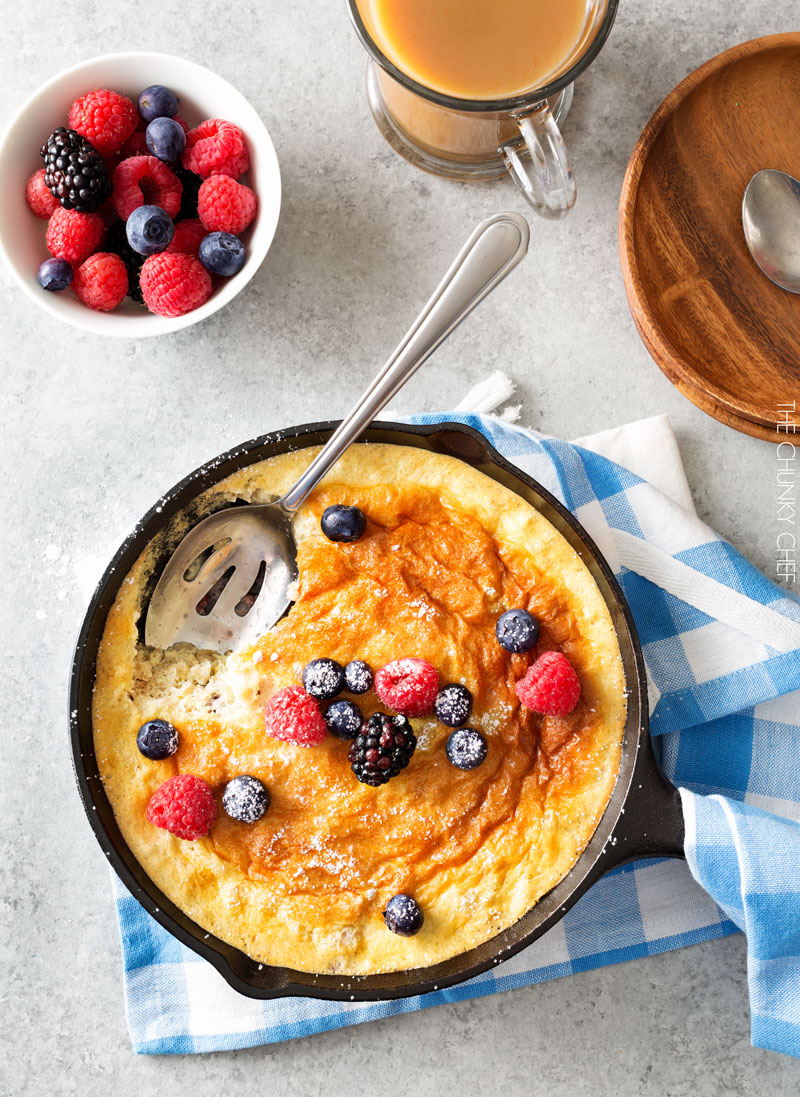 I originally found this recipe in a March issue of Food & Wine magazine and fell in love.  Even though it has mixed berries in it, you could totally customize this to any flavor combo you love.  Pretty much whatever you’d put in regular oatmeal, you can put in this oatmeal soufflé! 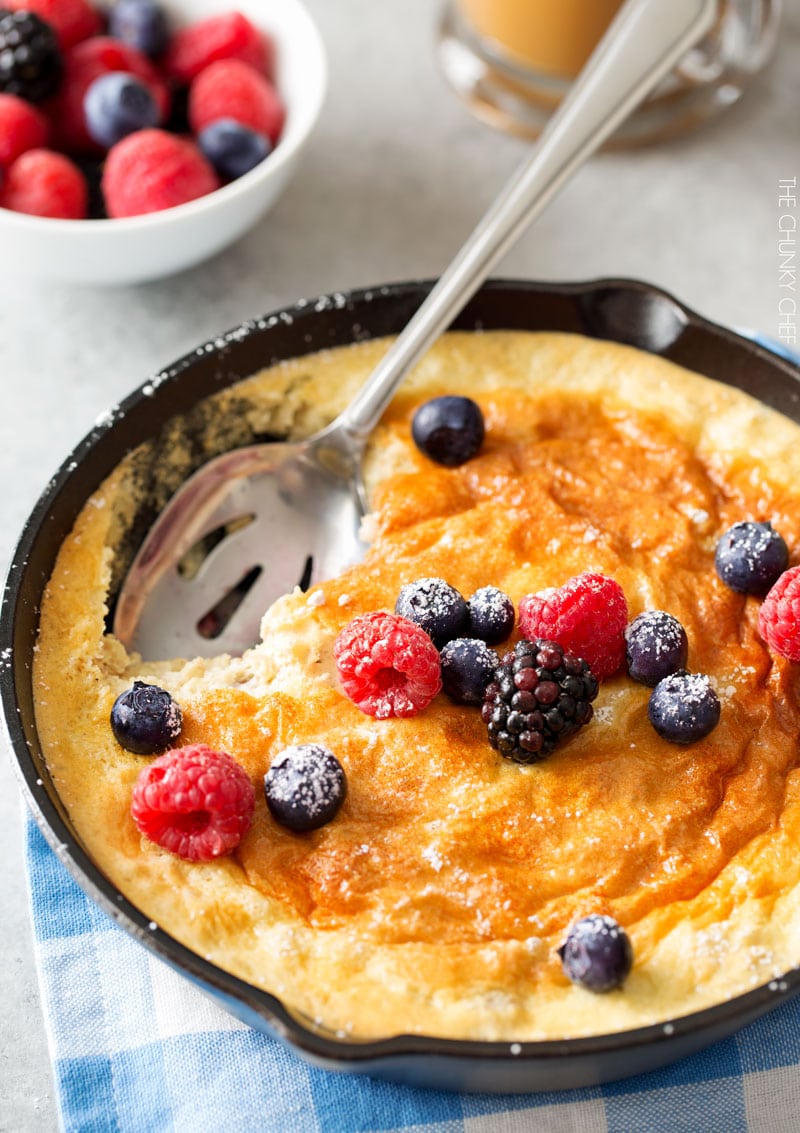 This soufflé isn’t super sweet, so a light dusting of powdered sugar or a drizzle of maple syrup doesn’t overpower your sweet tastebuds, but I’ll leave that part up to you 🙂 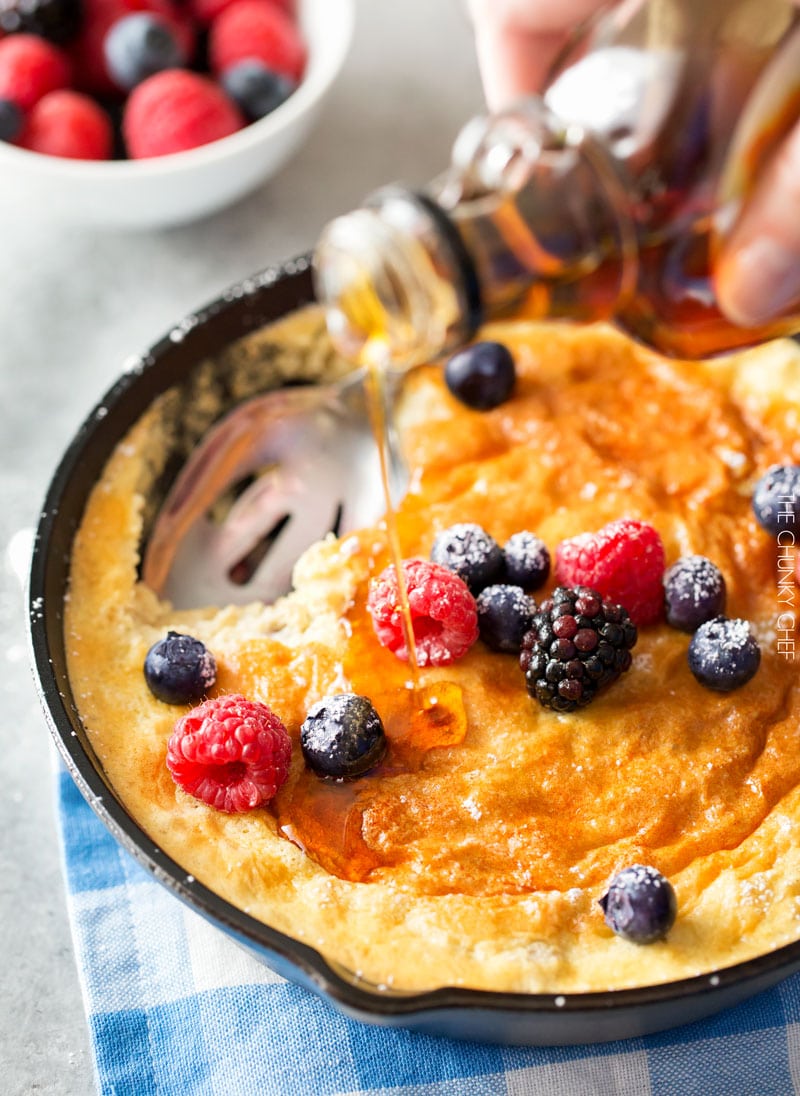 I usually serve this oatmeal soufflé with some fresh fruit and a few strips of thick cut bacon, but again, that’s totally your call.

I really hope you all give this oatmeal soufflé a try.  It’s such a perfect recipe for a weekend breakfast (weekday if you make it ahead of time – see the recipe notes for those instructions)… or really, just about any meal (breakfast for dinner anyone?!). 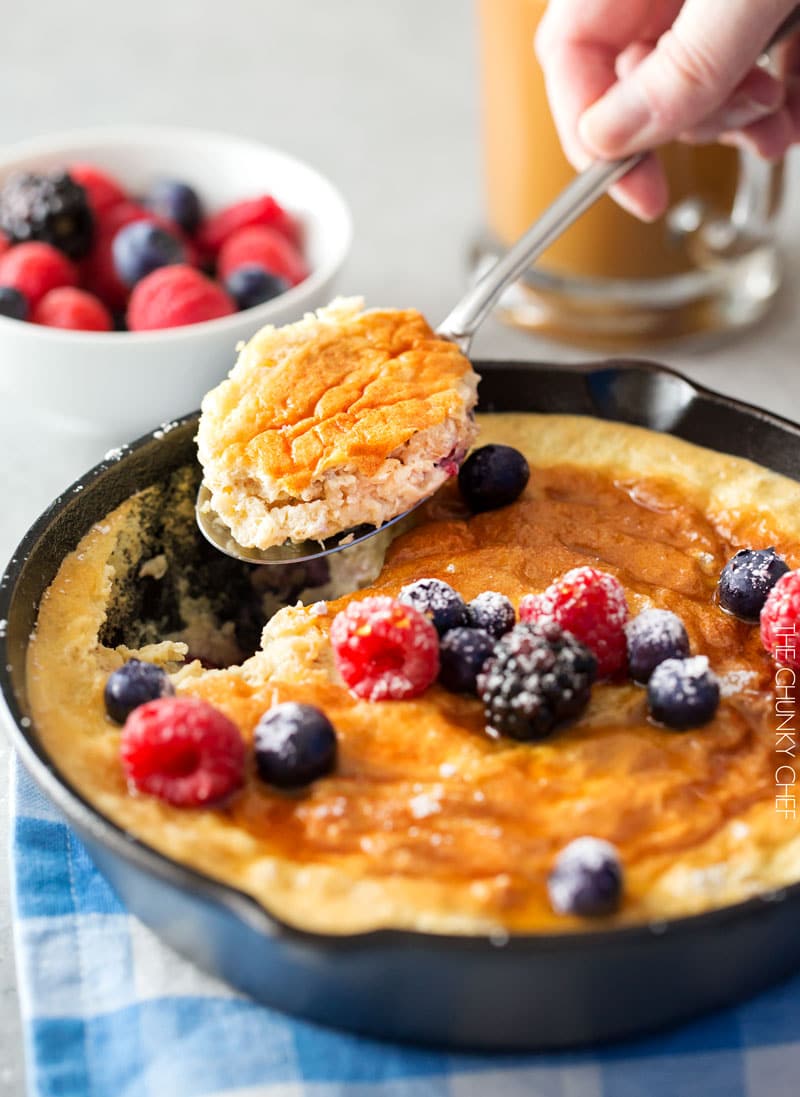 Helpful Tools To Make This Recipe: 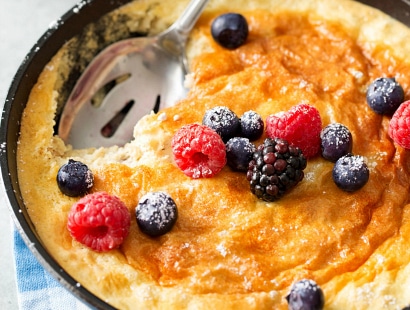 Recipe from Food & Wine magazine (March 2016 issue) MAKE AHEAD INSTRUCTIONS: Go ahead and cook your oats, milk, sugar and salt to the oatmeal/porridge consistency, let cool, then refrigerate for up to 2-3 days. When ready to bake, rewarm the oatmeal with a splash of milk to loosen the oatmeal a bit, then continue with the rest of the recipe. 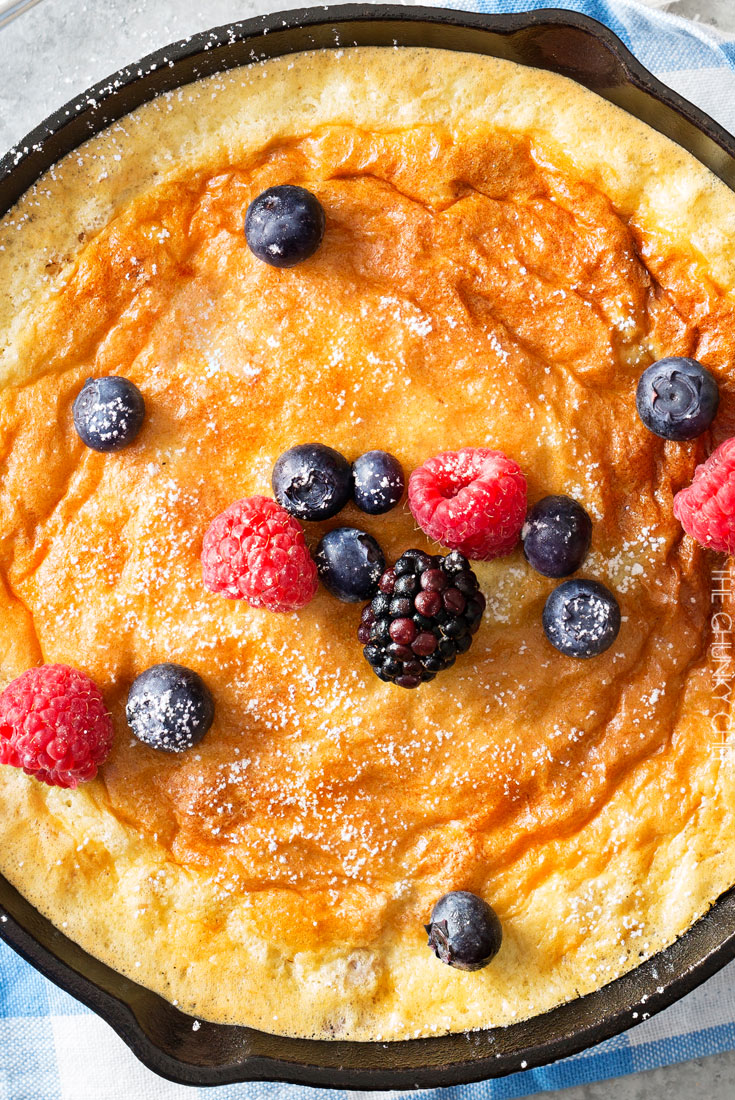