END_OF_DOCUMENT_TOKEN_TO_BE_REPLACED

A classic side or potluck dish, this hashbrown casserole truly is the ultimate version! Made with mouthwatering flavor add-ins and no condensed soups!

Most people have had a version of hashbrown casserole before… usually at a potluck or even after a funeral.  They’re so creamy and savory!  This version is full of flavor add-ins and is made with no condensed soups… all from scratch! 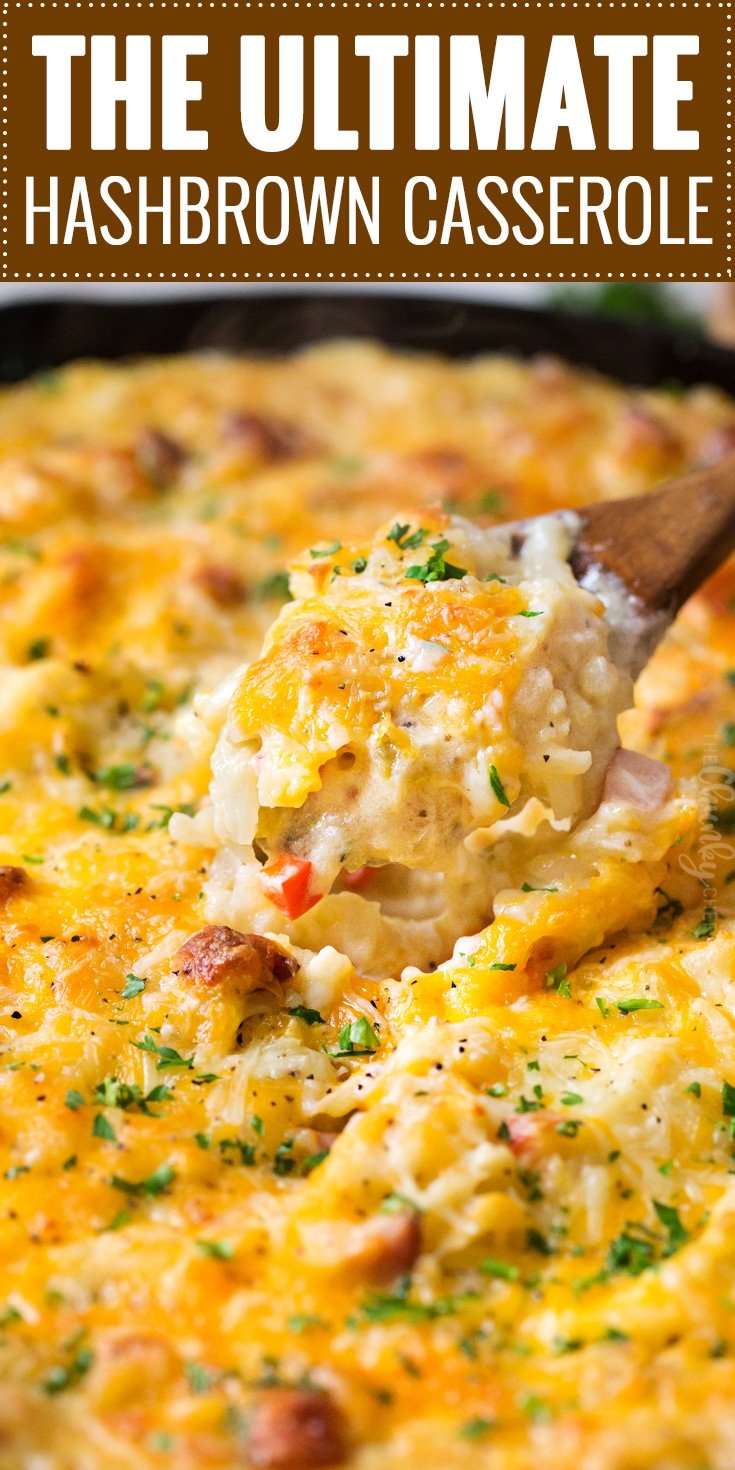 You guys have had these potatoes in some form before right?  Around here the original dish is either shredded hashbrowns like these (or the cubed version), a cheesy creamy concoction made with cream of chicken soup, and either cheese on top or something crunchy, like cornflakes.  It’s been called many things, from hashbrown casserole, funeral potatoes, or simply, “the potatoes”.

The funeral potatoes name comes from this being a popular dish served after a funeral when everyone goes back to either the church or a home and has lunch. 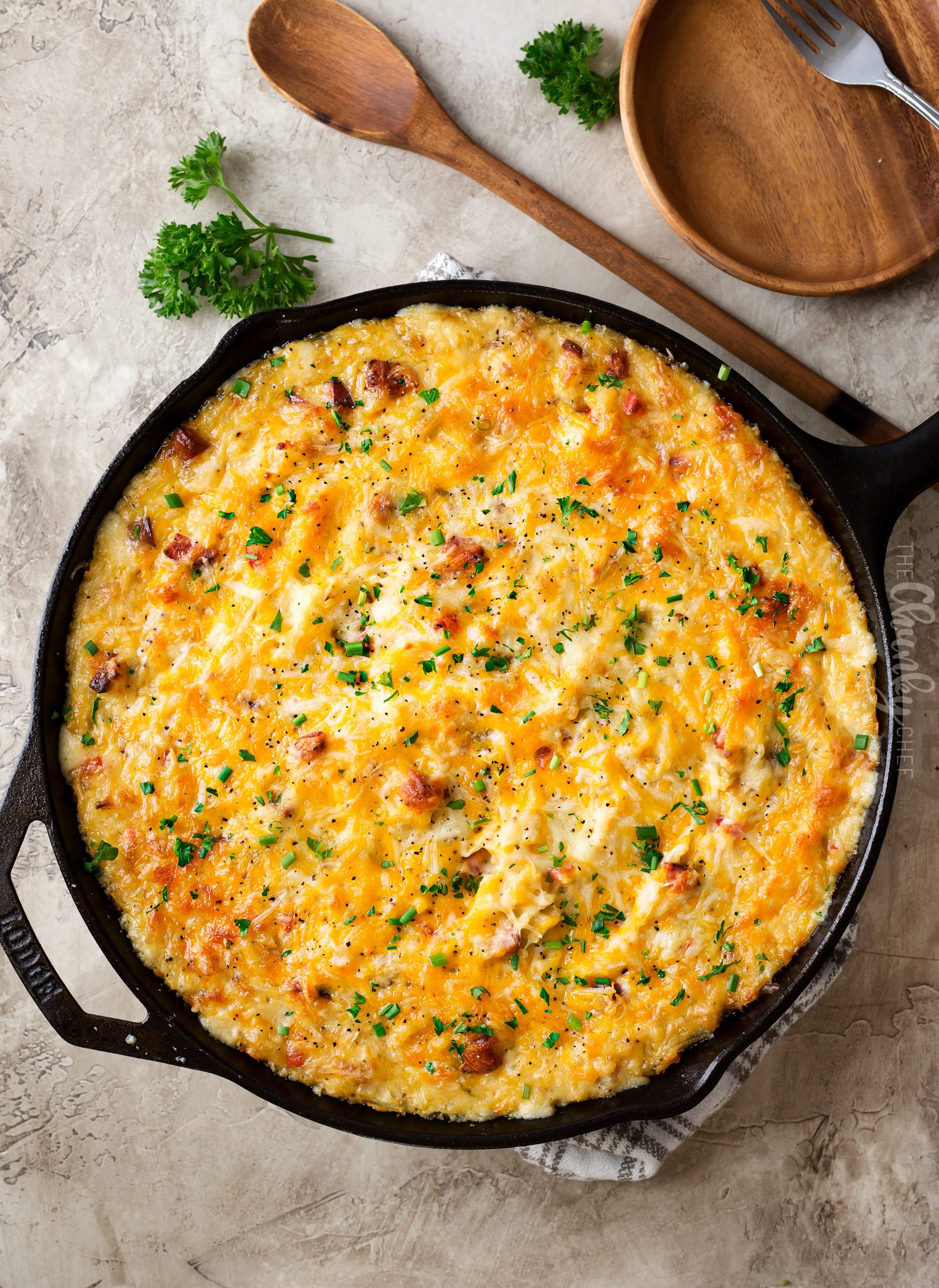 While I’ve always loved the original, I try not to cook using a lot of condensed or “cream of” soups, as I’d rather make something from scratch if possible… and I always thought the dish needed some extra flavor!  So for my version, I add some protein from diced smoked sausage, and flavor from a bell pepper and some diced green chiles!  The flavor is unreal!!

WHAT ABOUT OTHER FLAVOR COMBINATIONS AND ADD-INS?

You can add just about anything!  This hashbrown casserole can be served for breakfast, dinner, or a side dish, so the sky is the limit.  Here are a few of my favorites: 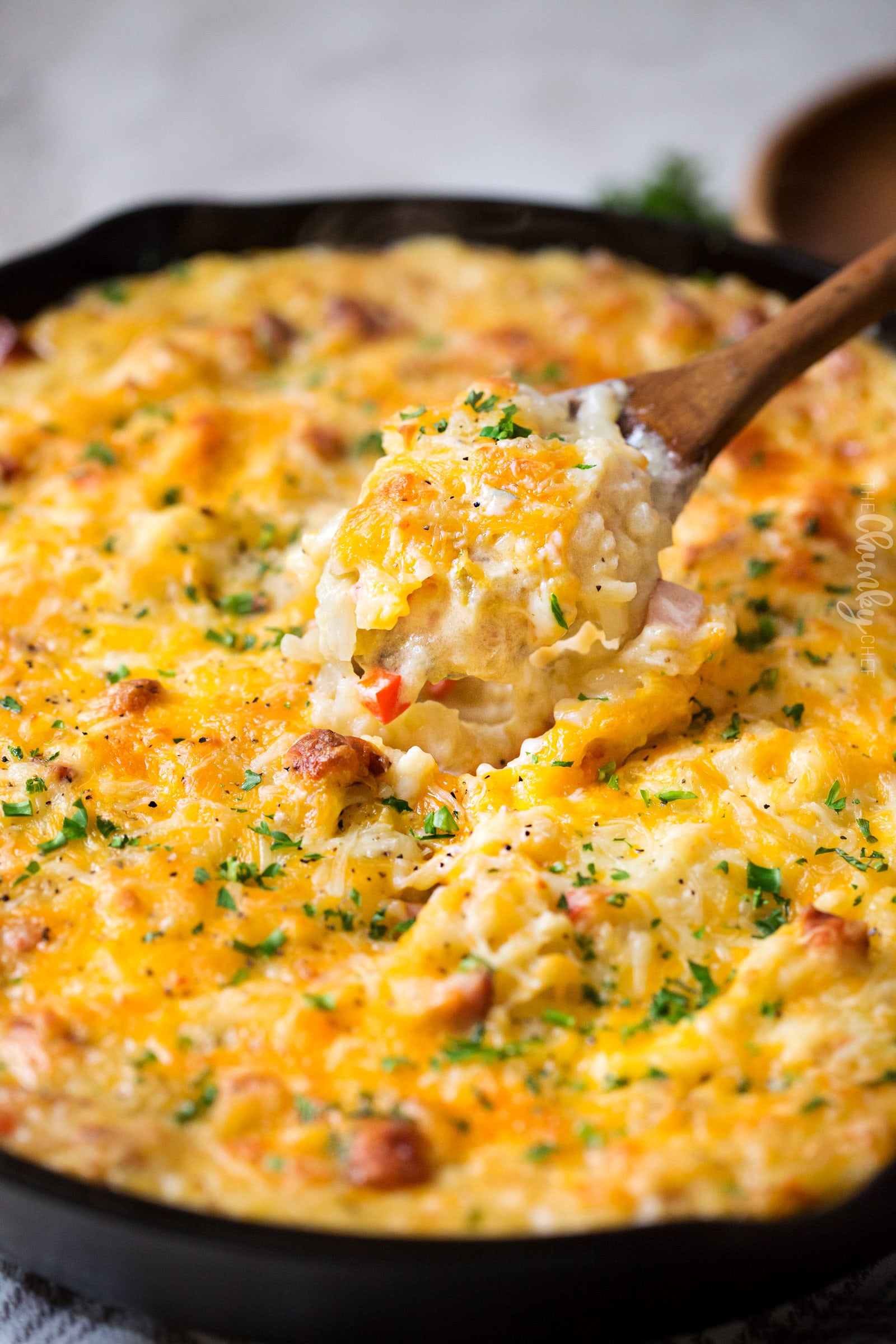 I like to bake my hashbrown casserole in my trusty cast iron skillet, but it’s also commonly baked in a traditional 9×13″ baking dish.  It does take a while to bake, about 45-50 minutes, so if you want to save on some time, you can definitely make this a “make ahead” dish.  Just follow all the steps before baking it, transfer it to a casserole dish (or skillet), cover with foil and refrigerate overnight.  Before baking set the casserole out on the counter for 20 minutes or so, so it can warm up some before baking.  Bake as directed and enjoy! 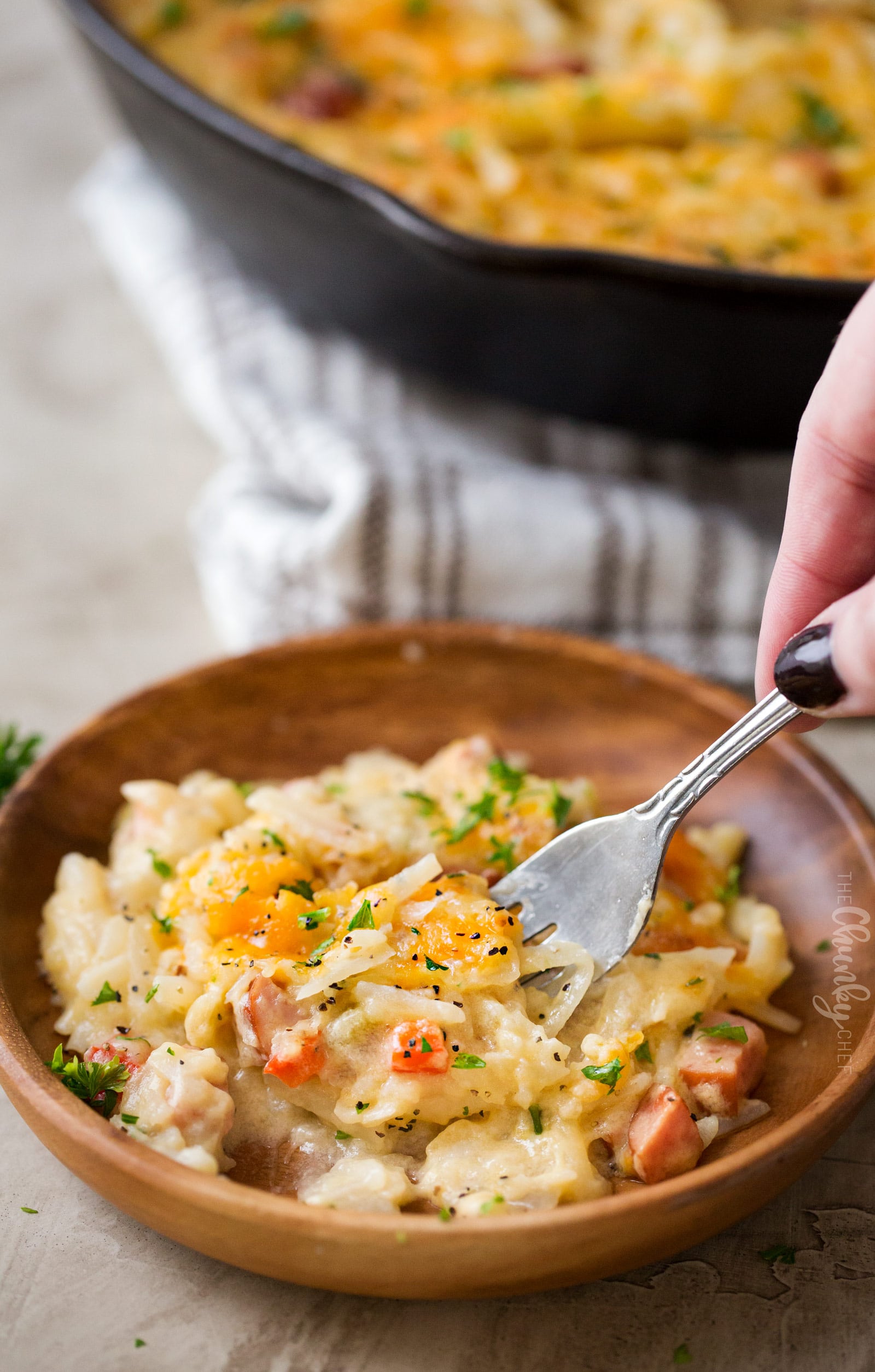 When it comes to garnishes, I like to do a sprinkle of fresh parsley and black pepper, but snipped fresh chives are also amazing!

With all the holiday meals coming up over the next few months, this hashbrown casserole is perfect for just about any occasion.  I hope you try it and love it as much as we do!!

WANT TO TRY THIS HASHBROWN CASSEROLE?

PIN IT TO YOUR CASSEROLE OR SIDE DISH BOARD TO SAVE FOR LATER! 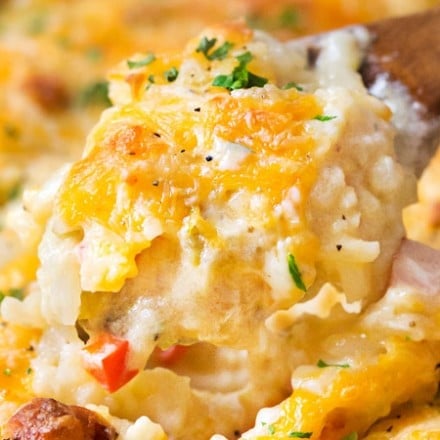 To make ahead:  Complete steps 1-6, cool, then cover with foil and refrigerate overnight.  Before baking, let dish sit at room temperature 20 minutes, sprinkle with 1 cup of cheese, then bake and serve as directed.
Did You Make This?Tag @the_chunky_chef on Instagram and hashtag it #thechunkychef so I can see what you made!
Tag on Insta! Leave a Rating Save for Later Saved!

END_OF_DOCUMENT_TOKEN_TO_BE_REPLACED

8 hours 5 minutes
END_OF_DOCUMENT_TOKEN_TO_BE_REPLACED
Send this to a friend