This is a sponsored post written by me on behalf of Campbell’s Slow Cooker Sauces. All opinions are 100% mine.

Pork loin is smothered in a finger-licking apple bourbon sauce and slow cooked to juicy perfection.  Less than 5 minutes of prep time! 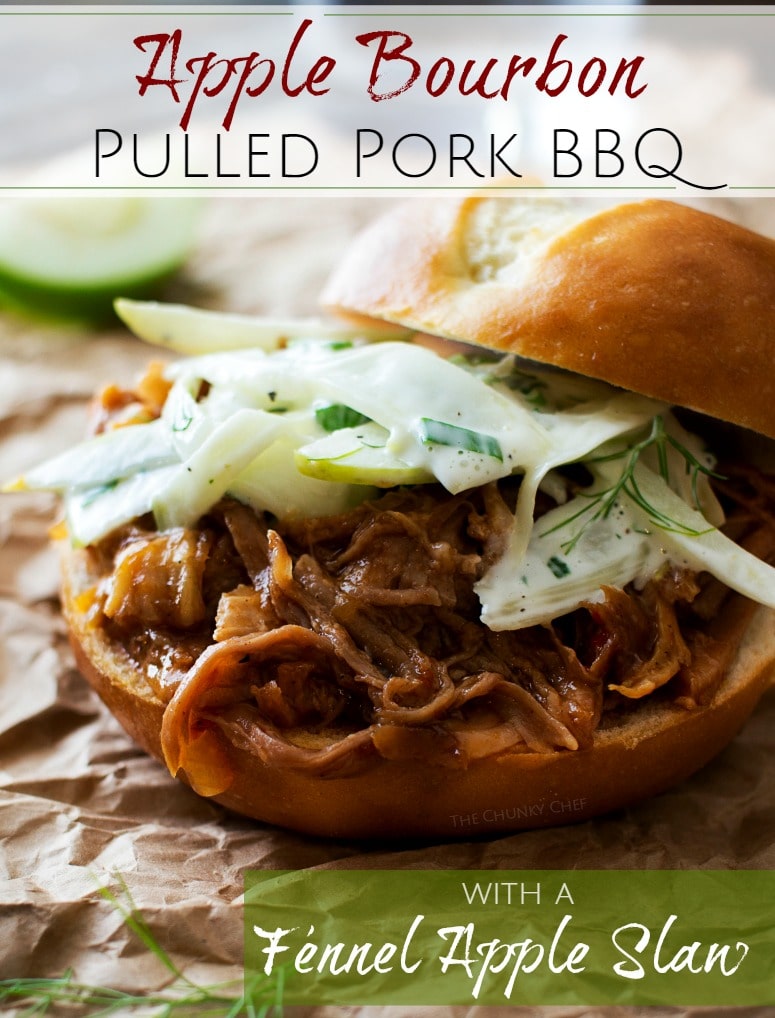 We all love our slow cookers, especially this time of year.  Sometimes slow cooker recipes can be pretty involved though, even before you can turn the slow cooker on!  Most of the time I don’t mind that, but some mornings, I just don’t have the patience, you know?

So how would you like to have a slow cooker meal that takes about 30 seconds to prep?  That’s what you can get with Campbell’s Slow Cooker Sauces! 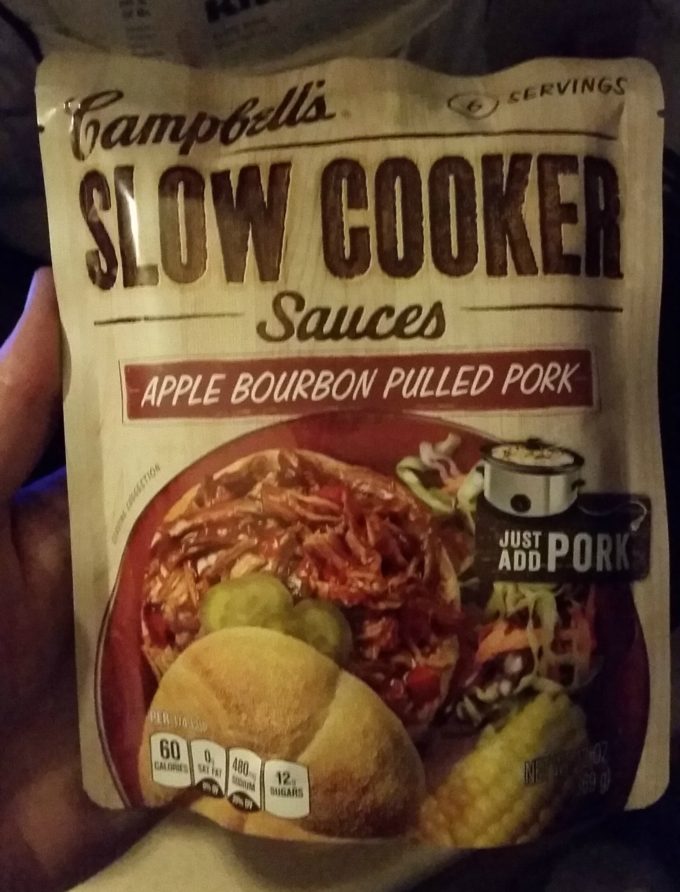 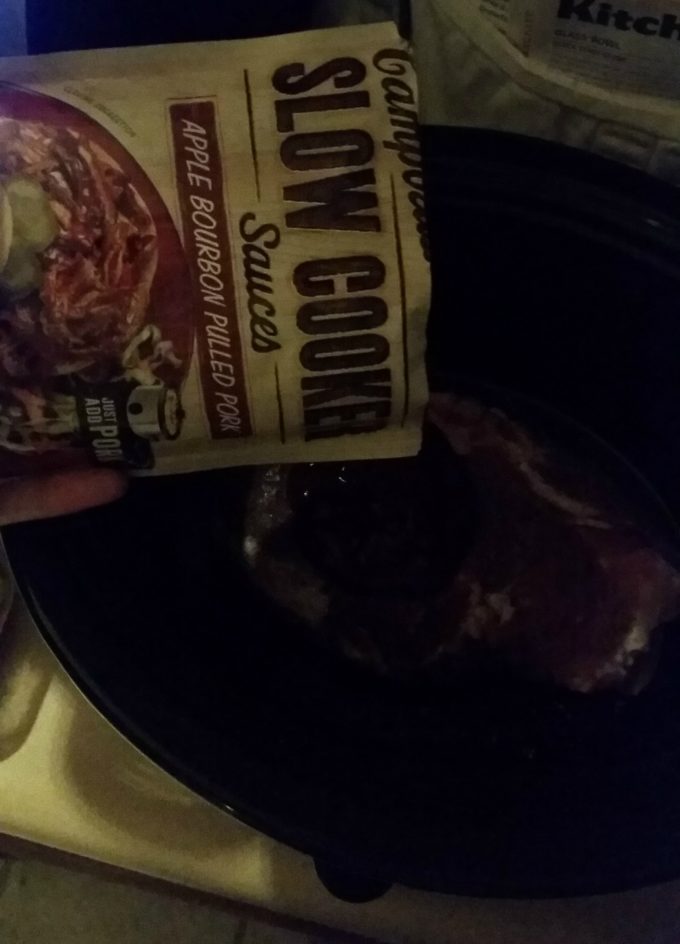 Just add your meat of choice to the slow cooker, pour the sauce over the meat, cover and cook.  Done!  Even on your busiest morning, you can get dinner started!

Usually in the mornings, I’m pretty much a zombie until I’ve had my tea (or several cups of tea), so getting started on a complicated meal is generally out of the question… this makes a great easy to use alternative!  Campbell’s is right when they say, “Campbell’s – Made for Real, Real Life” 🙂  Minimal ingredients, short prep time, and a delicious meal! 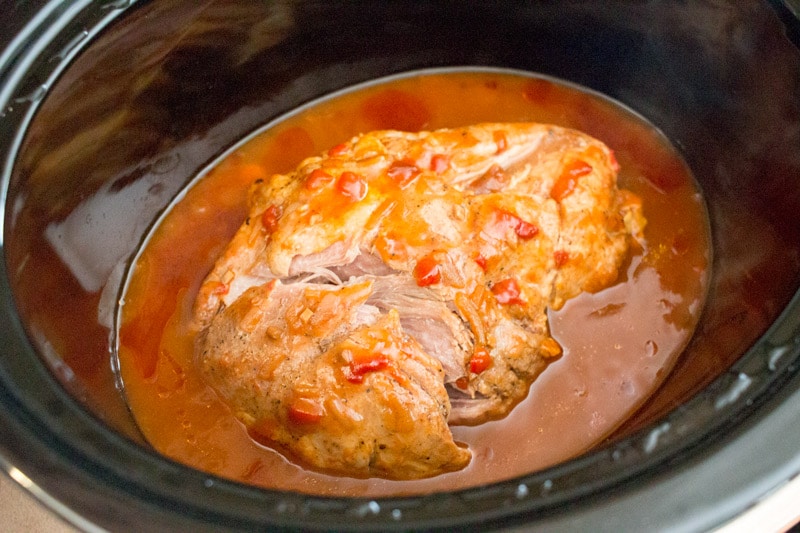 When I have pulled pork sandwiches, I almost always need to have a slaw with it… it’s just how I grew up.  To highlight the apple flavors in the pork, I thought a simple apple fennel slaw would be perfect! 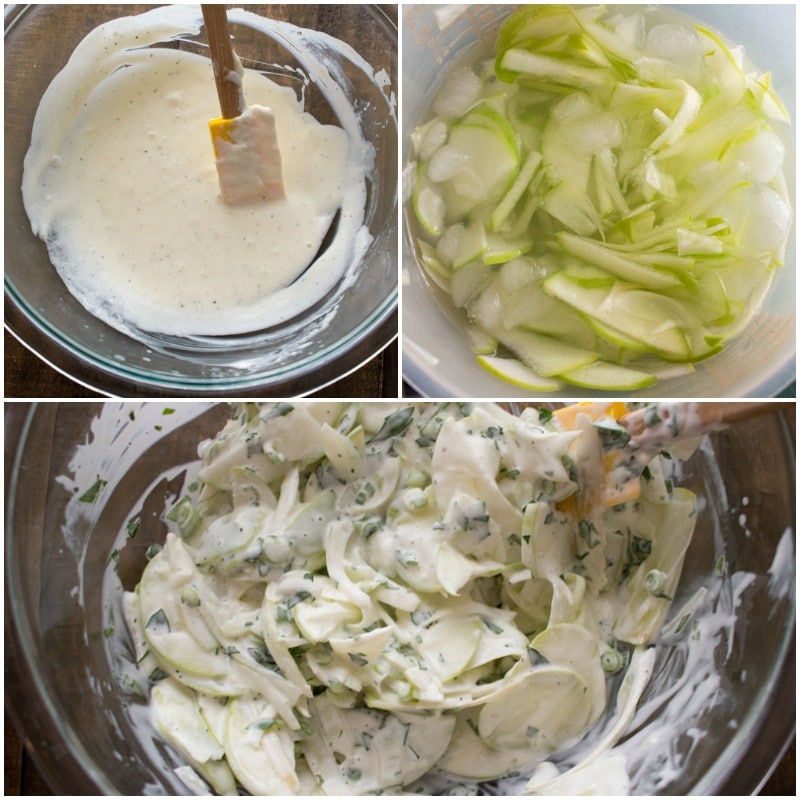 I went for a more rustic look with the slaw, because first of all, I don’t have a mandolin or the knife skills to slice paper thin perfect slices, and second of all, this was a weeknight meal, no need to be fussy 🙂 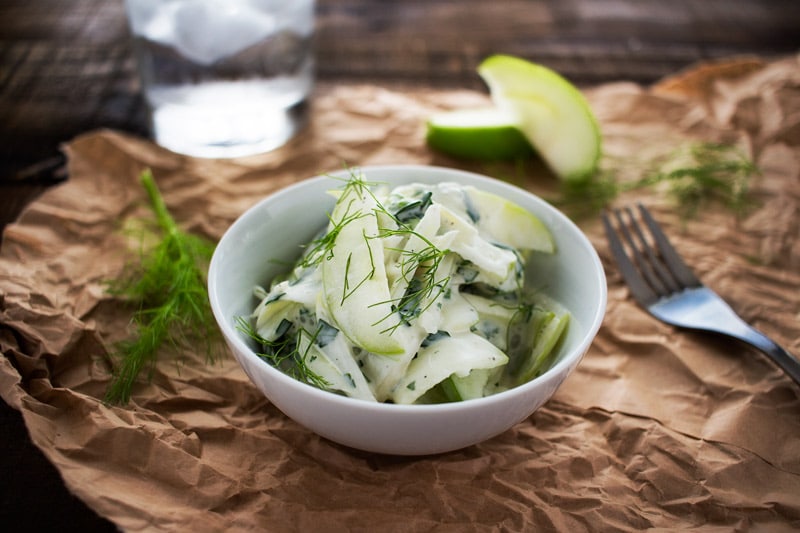 Crisp, cool, refreshing, sweet with a tang, this slaw is just awesome!

I served my pulled pork on a soft pretzel bun, but you could easily use Hawaiian buns, onion buns, or even slider buns for an awesome game day treat! 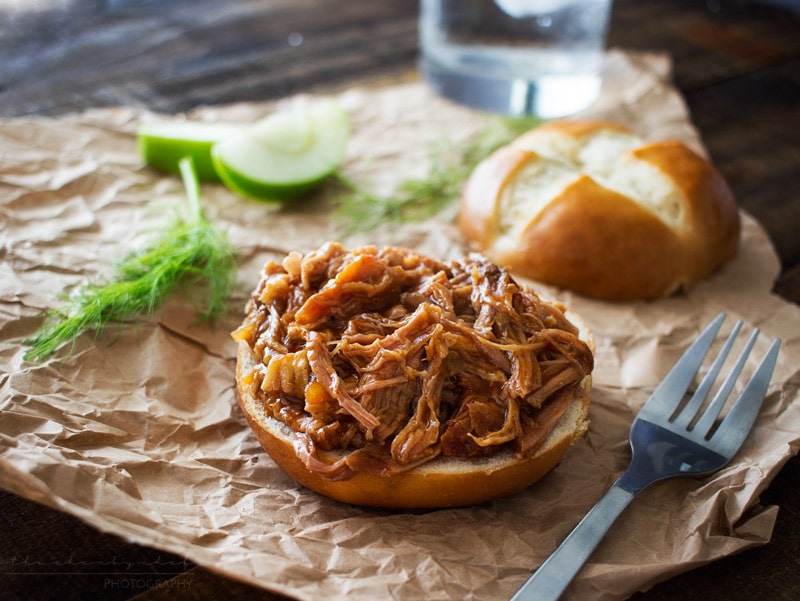 The Campbell’s Slow Cooker Sauce is delicious as-is, but for a little extra kick, after you shred the pork, stir in a sprinkle of brown sugar and splash of apple cider vinegar and give it a good mix.  WOW! 😀 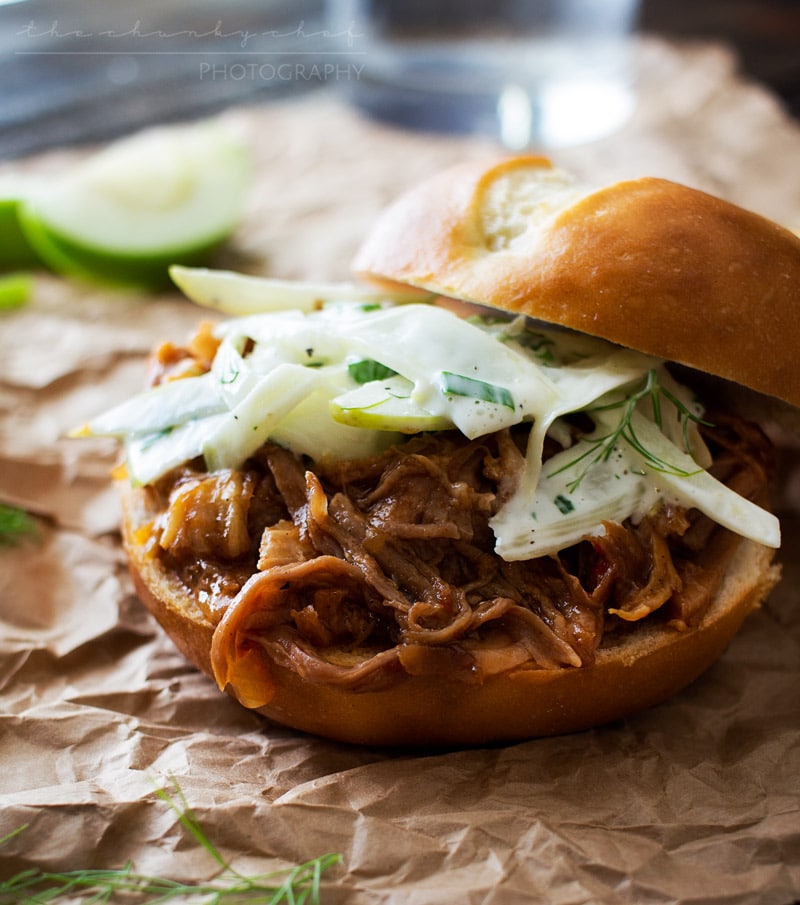 Did you know that Campbell’s Slow Cooker Sauces are not only great for every day meals, but they are awesome for game day gathering with friends?  Meals with Campbell’s Slow Cooker sauces are delicious and so easy to make.  Just 5 minutes of prep time is all it takes.  Take the Game Day Great, Every Day Easy Challenge and experience it for yourself!

You can serve these sandwiches up with just about any side you’d like!  The slaw doubles as a nice side, and I also chose some good old fashioned french fries… a family favorite 🙂 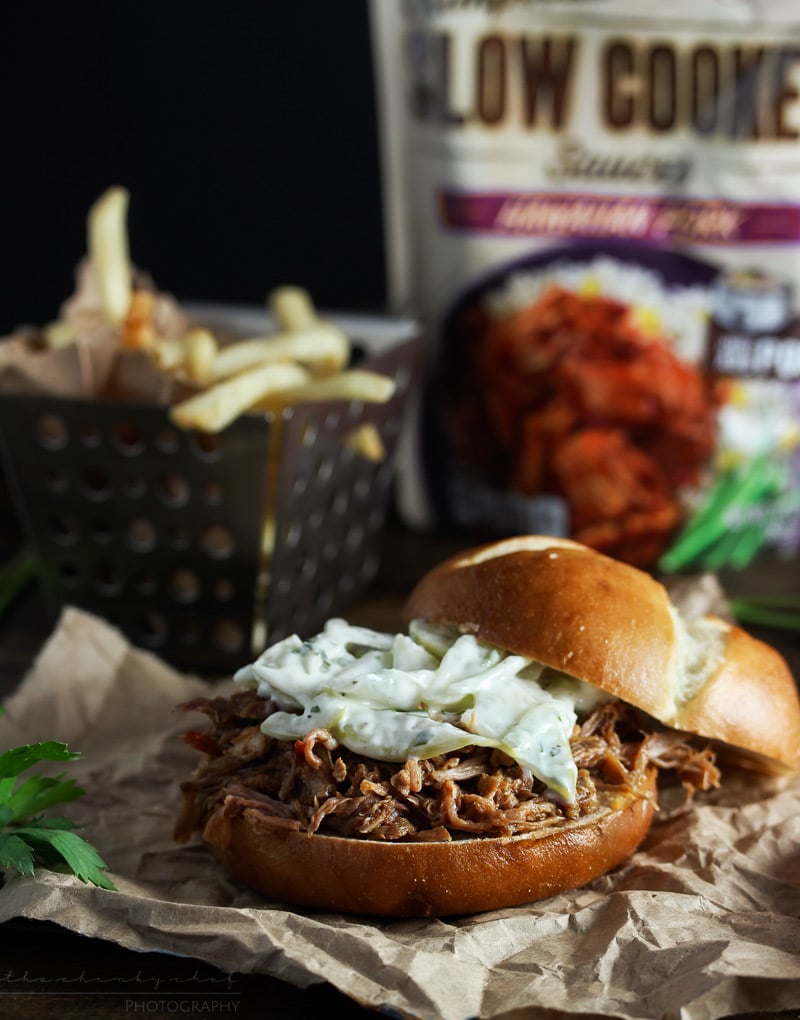 As you can see, I have a big mouth lol 😉

Give Campbell’s Slow Cooker Sauces a try, I know you’ll love them! 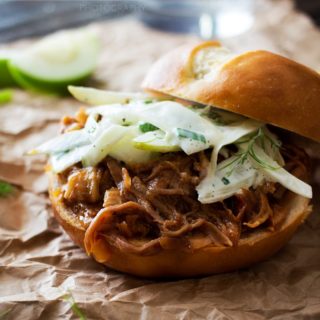 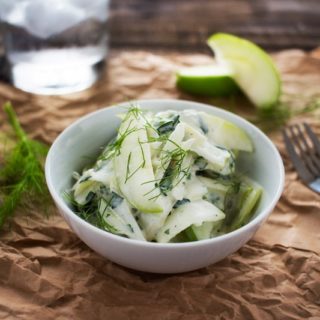 Wondering what to have for dinner tomorrow night? 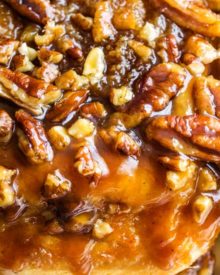 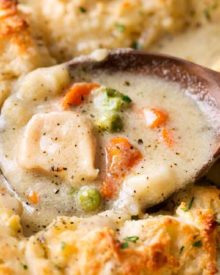