If you love Applebee’s 4 cheese mac and cheese with honey pepper chicken, you absolutely have to try this homemade version that tastes even better!

Ultra creamy and savory homemade 4 cheese mac and cheese is topped with incredibly crunchy buttermilk fried chicken tenders, glazed with a lip-smacking honey pepper sauce.  A mouthful to say, but once you try one bite, you’ll be too busy chowing down to worry about the name! 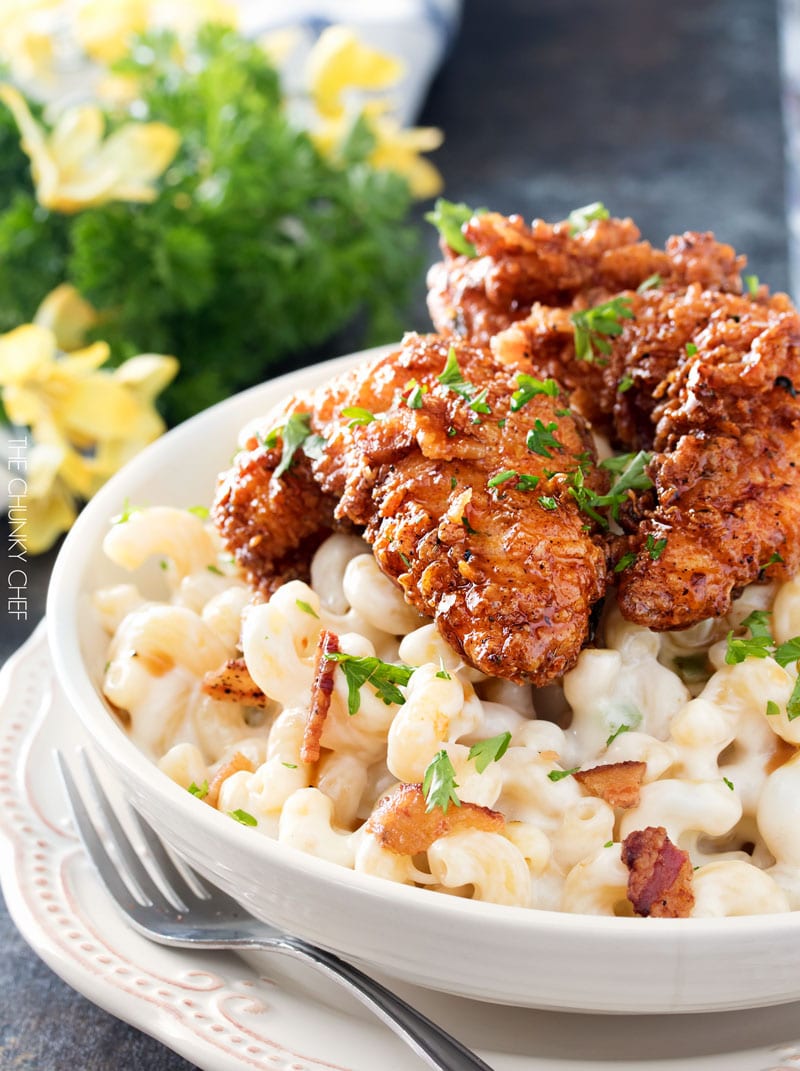 Have you ever had the 4 cheese mac and cheese with honey pepper chicken from Applebee’s?  If you have, you know how INSANELY delicious it is!  Every single time we go to Applebee’s, I order it… with no shame lol.  And ever since that first bite, I’ve been meaning to come up with a great copycat version… because let’s face it, I can’t eat out all the time, but I still crave that dish like no other! 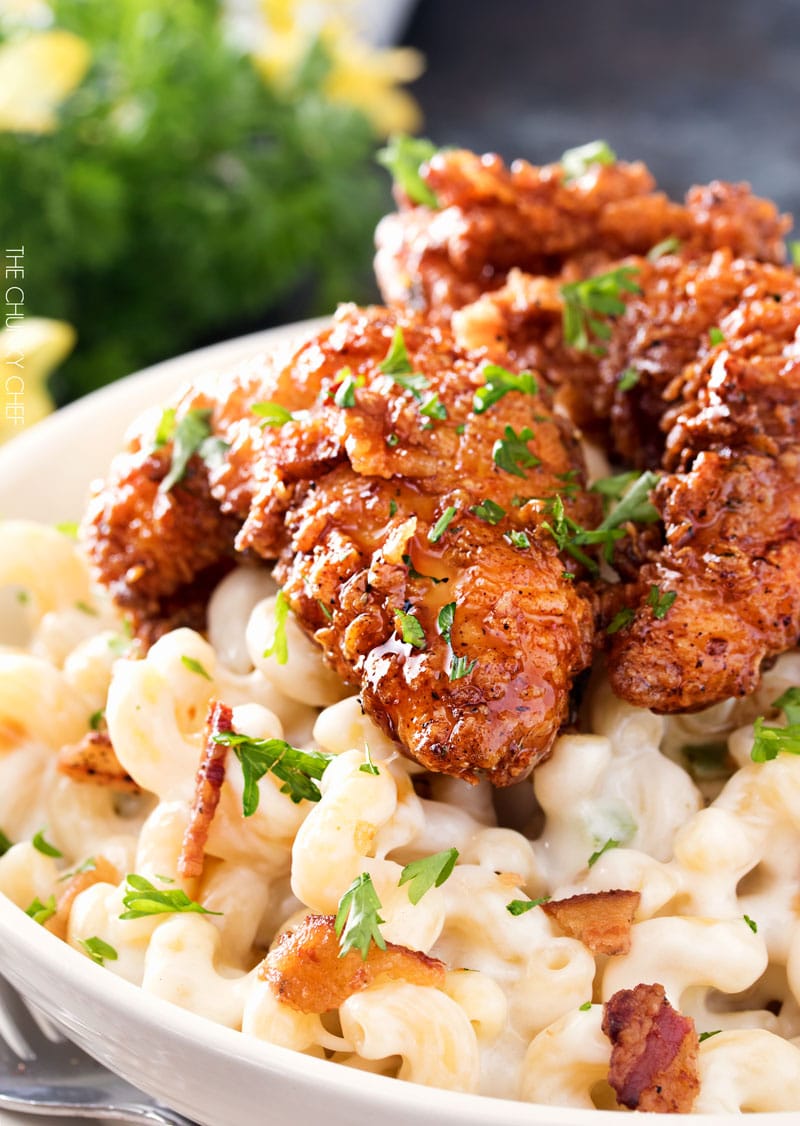 This is one of those times, where I honestly think the copycat version is better than the original!  However, it’s been a little while since I’ve had the 4 cheese mac and cheese from Applebee’s, so I can’t be absolutely certain on that one.

I freely admit that this is a recipe that is pretty time consuming, with a lot of ingredients and steps… don’t let that fool you though.  Trust me, after the first bite, it’ll ALL be worth it!  But if you wanted to save some time and work, here are some time savers: 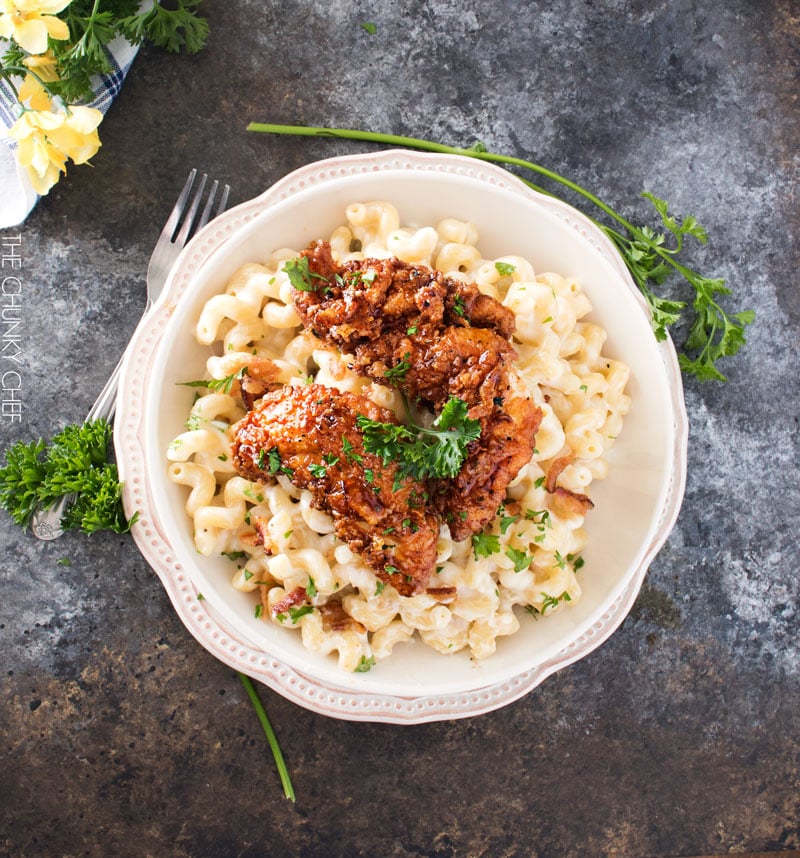 In the restaurant, this dish is served with a breadstick on the side, so feel free to do that if you’d like… but since I’m watching my carbs, I figured the pasta and breading on the chicken was more than enough lol.

If you’ve followed some of the other copycat versions of this recipe, there’s one way that mine deviates… I use an Anaheim pepper in my cheese sauce.  The reason for that, is that whenever I’ve had this dish at Applebee’s, it always has diced pepper in it.  Although I wonder if that’s a regional thing, or maybe just certain cooks put it in, because I’ve never seen anyone else mention the pepper lol.  So feel free to omit that completely if it’s not what you’re used to. 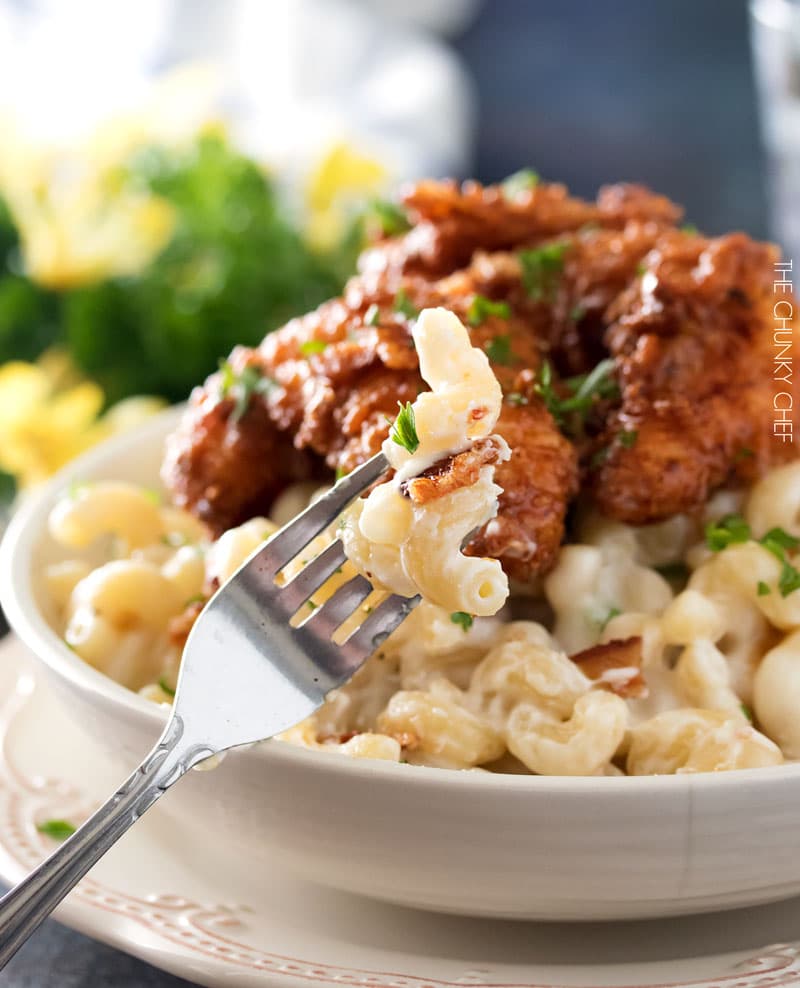 I really hope you give this copycat 4 cheese mac and cheese with honey pepper chicken a try!  It’s long and involved… certainly not a weeknight meal… but SO worth it!  The creamy sauce contrasted with the crunchy chicken works so beautifully with the savory cheese sauce and sweet glazed chicken! 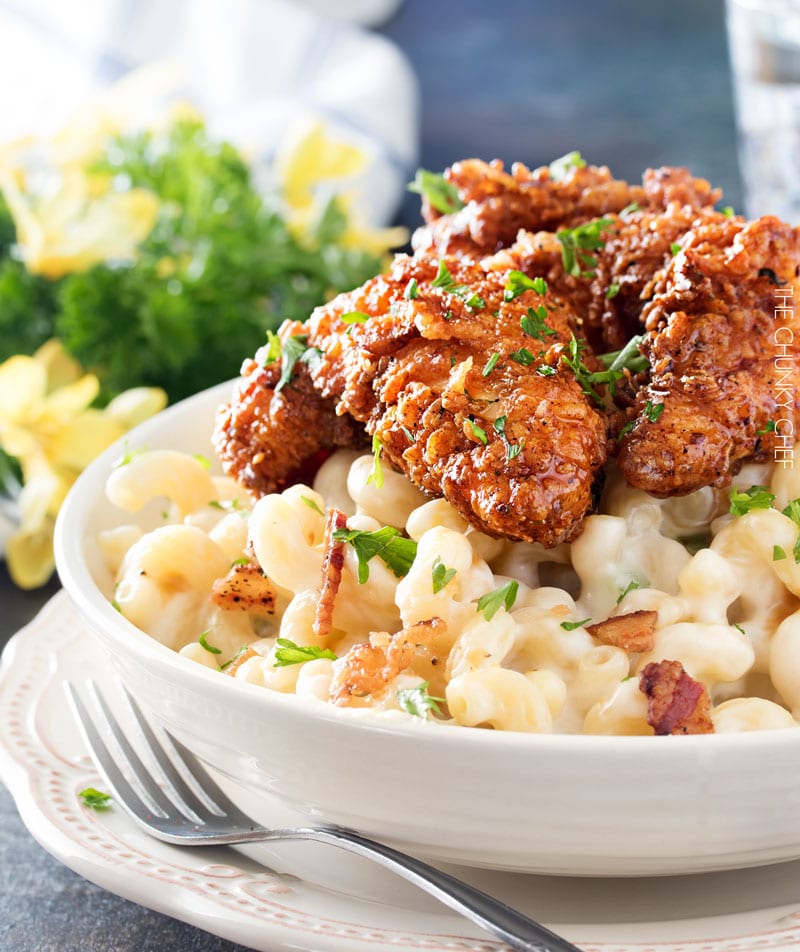 Some Helpful Tools For This Recipe:

Lodge Enameled Dutch Oven – hands down, my favorite pot to fry in!

House Autry Seasoned Flour – If you don’t want to make your own, this is a great alternative! 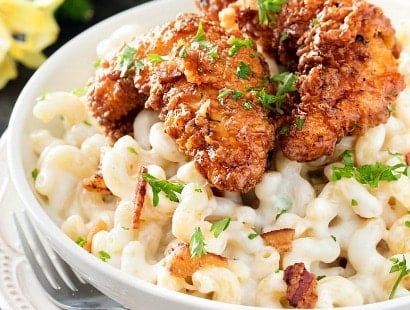 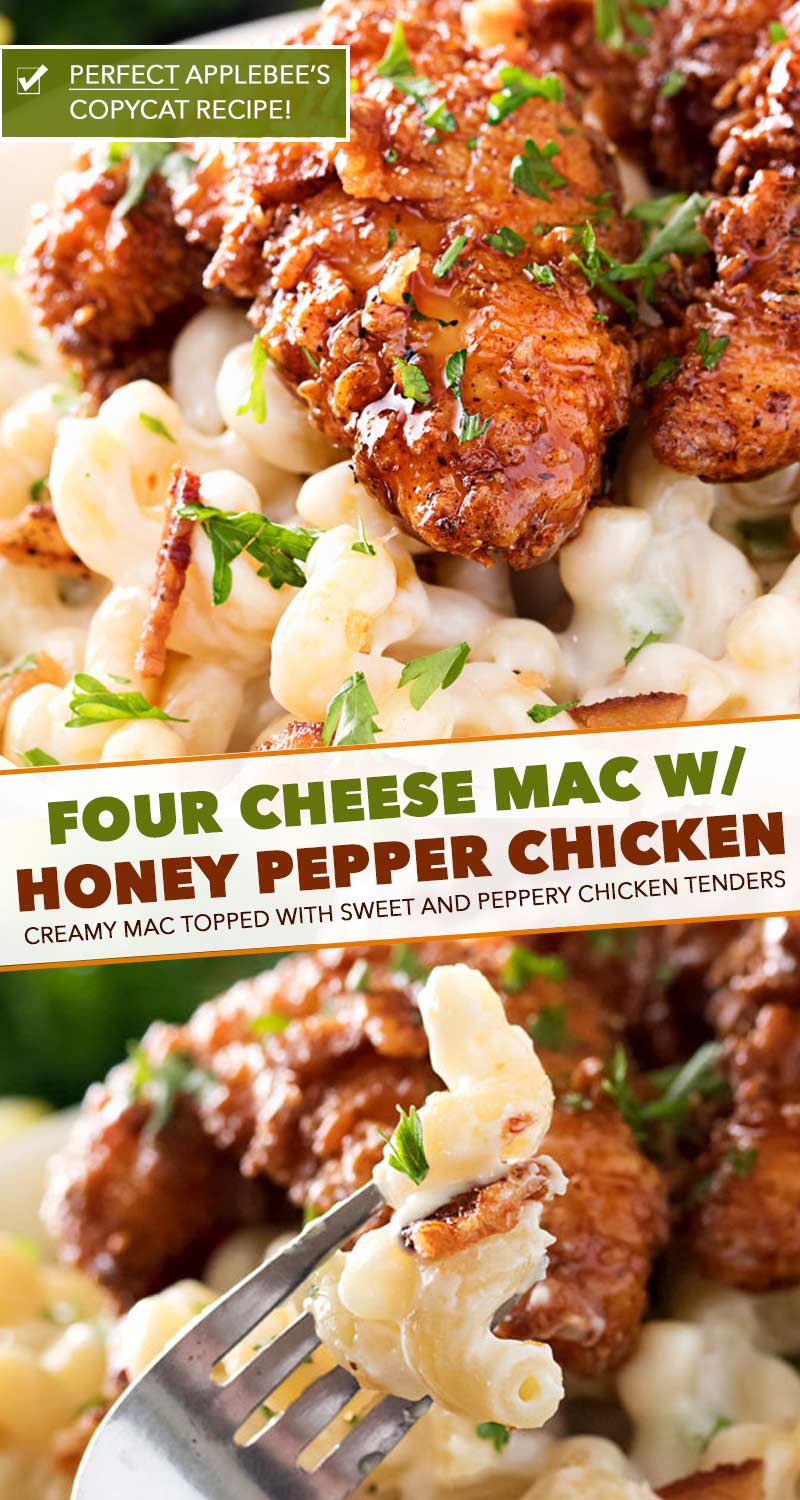 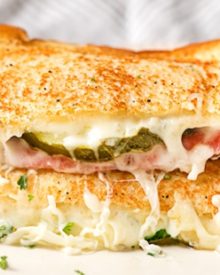 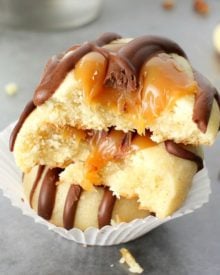 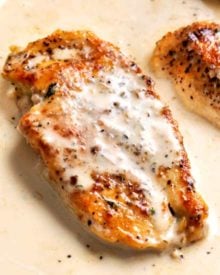