END_OF_DOCUMENT_TOKEN_TO_BE_REPLACED

This Hawaiian BBQ pork is made easy by using a slow cooker, then wrapped up in crispy wonton taco shells and drizzled with a heavenly BBQ sauce!

These Hawaiian BBQ pork tacos are sweet and saucy with an attitude… absolutely delicious! Let the slow cooker do most of the work for you and try these soon! 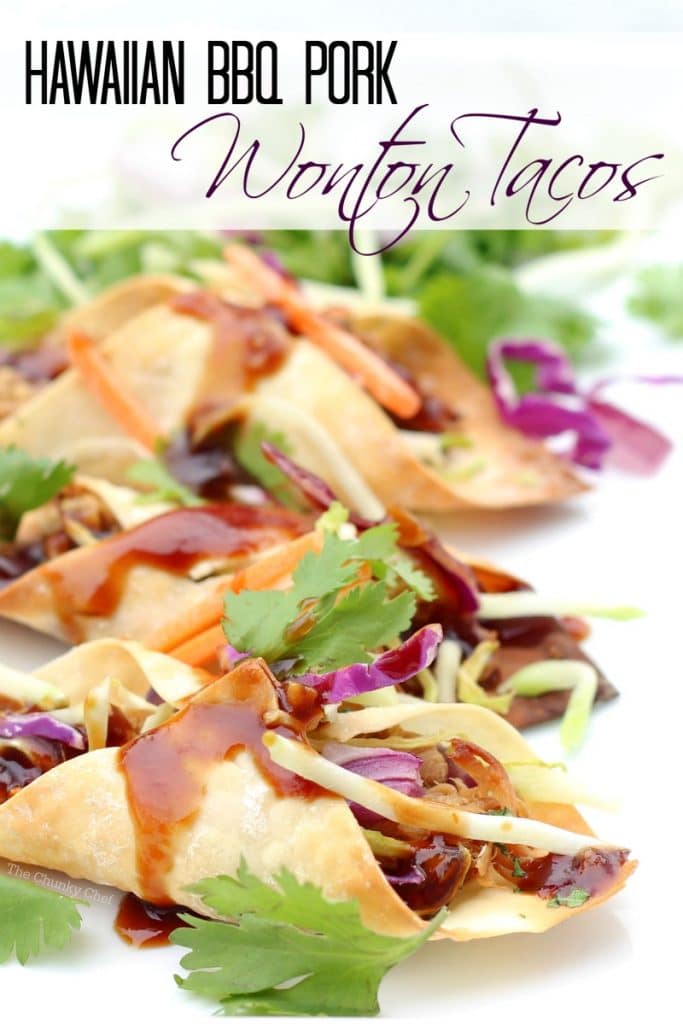 If you know me, you know that “the other white meat” and I aren’t the best of friends… usually I don’t eat pork.  I have no idea why, I’m just weird 😛  But, hubby likes it and I’ve been trying to make an effort lately to break out of the standard beef and chicken routine.

So I came upon this little gem on Pinterest (of course lol)… and I just had to try it!!  These pork tacos are sweet and saucy with an attitude… absolutely delicious!  Wanna hear the BEST part?  And no, it’s not that tantalizing sauce… it’s that the crockpot does most of the work for you! 😀  Who doesn’t love that!  There is a downside… if you’re home all day while that bbq pork is cooking… well, you may want to eat everything in the house, because it’ll smell amazing and make you incredibly hungry! 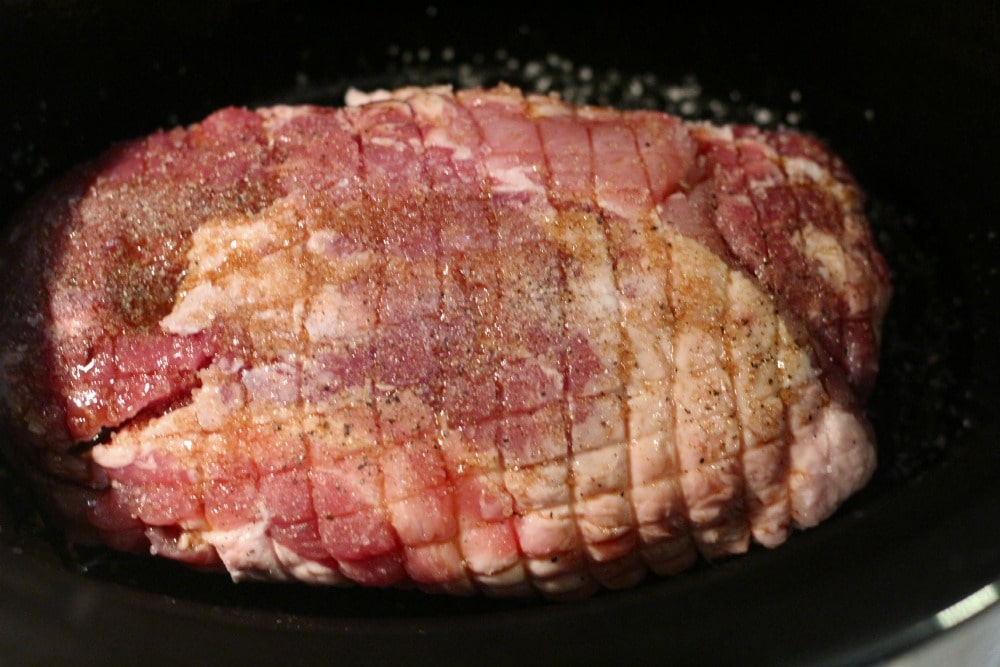 Your pork will cook in your slow cooker for 8 hours on low, or 4 hours on high.  About 30 minutes before you want to eat, shred your pork.  It will seriously just fall apart, no effort required 🙂

I added a little of my sauce to the shredded bbq pork, so it had tons of flavor.  While it’s resting, go ahead and preheat your oven and gather your ingredients for the tacos.  Now these toppings are up to you, but I went with the broccoli slaw, diced red onion and fresh cilantro!

To assemble the tacos, lay out your wonton wrappers on a parchment paper lined baking sheet and spoon a little of the pork filling in the center.  I did about 1-2 Tbsp of the filling.  Now add your toppings on top of the filling.

If you’ve worked with wonton wrappers before, you know that you need some water to help them stick together.  They can also be a bit finicky.  Have a small bowl or glass with some water nearby, wet your fingers, and pinch two opposite sides of the wrappers together (to make a “taco”).  Your wet fingers should seal the wonton. 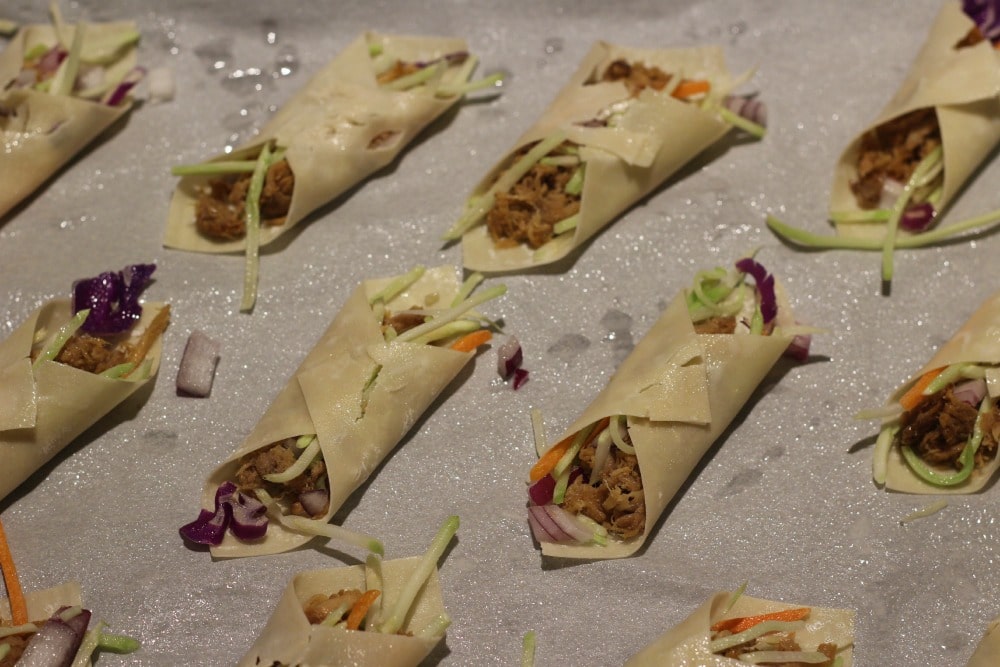 As you can see from the picture above, mine didn’t exactly stick together lol.  So I improvised and just sort of folded them over in a makeshift wrap.  It worked, just didn’t look as pretty lol.

Tip:  If you don’t want to fuss with making the tacos, you can also spray a muffin pan with cooking spray and push the wonton wrappers down into the muffin cups to create a bowl shape.  Fill with toppings just like you would for the taco shapes, and bake at 400 for about 15 minutes or so.

Okay, back to the tacos… spray the tacos with cooking spray and bake at 400 for 12-15 minutes, until they are golden brown.  Be careful though, wontons can burn pretty quickly, so keep an eye on them!

Simmer your sauce while the tacos are baking and when it’s time to serve, drizzle some of that amazing sauce over the tops of the tacos or serve it alongside for dipping.  Orrrrrrr be like me, and do both!  Lol. 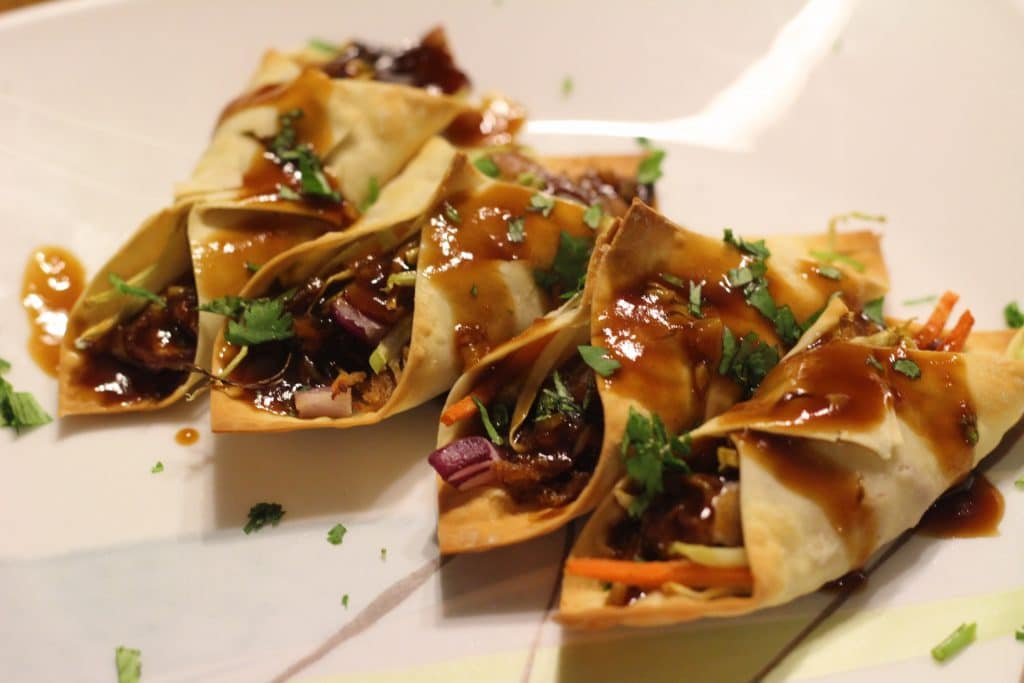 Be prepared to Fall. In. Love.  Seriously you guys… you will LOVE these!

If you’d rather not mess with wontons at all, this pork and sauce would be fantastic on a bun as a pulled pork sandwich!  Or just eat it by itself, it’s that good. 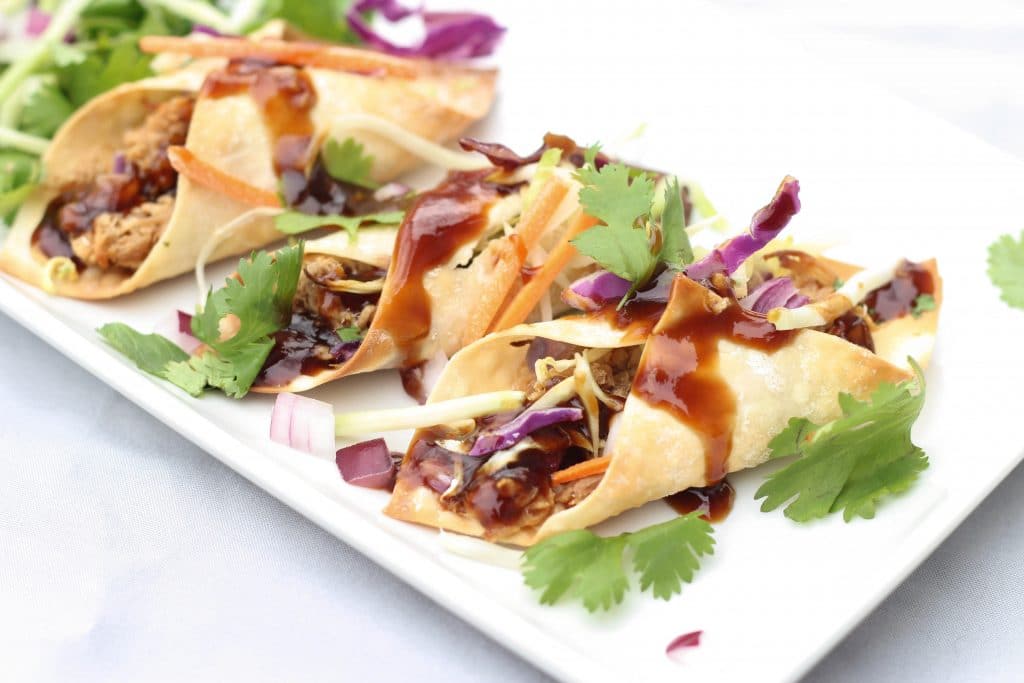 I hope you guys try these Hawaiian BBQ pork wonton tacos, I promise you, you won’t regret it!

Have some wonton wrappers left over from this recipe?  Try my Crab Rangoons, Individual Taco Cups, or Avocado Egg Rolls/Wontons! 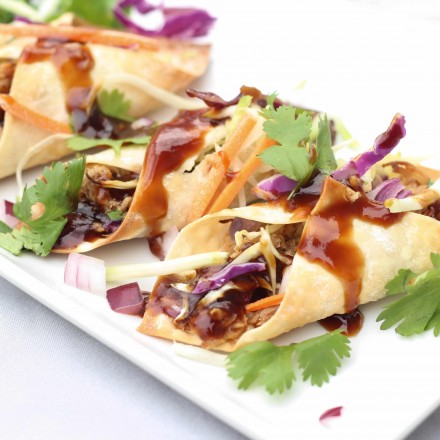 ** wontons can also be place in a greased muffin pan, pushed down into the cups to create a wonton "bowl". Bake as directed.
** this pork is also good on a bun as a pulled pork sandwich, no wontons required!
Did You Make This?Tag @the_chunky_chef on Instagram and hashtag it #thechunkychef so I can see what you made!
Tag on Insta! Leave a Rating Save for Later Saved! 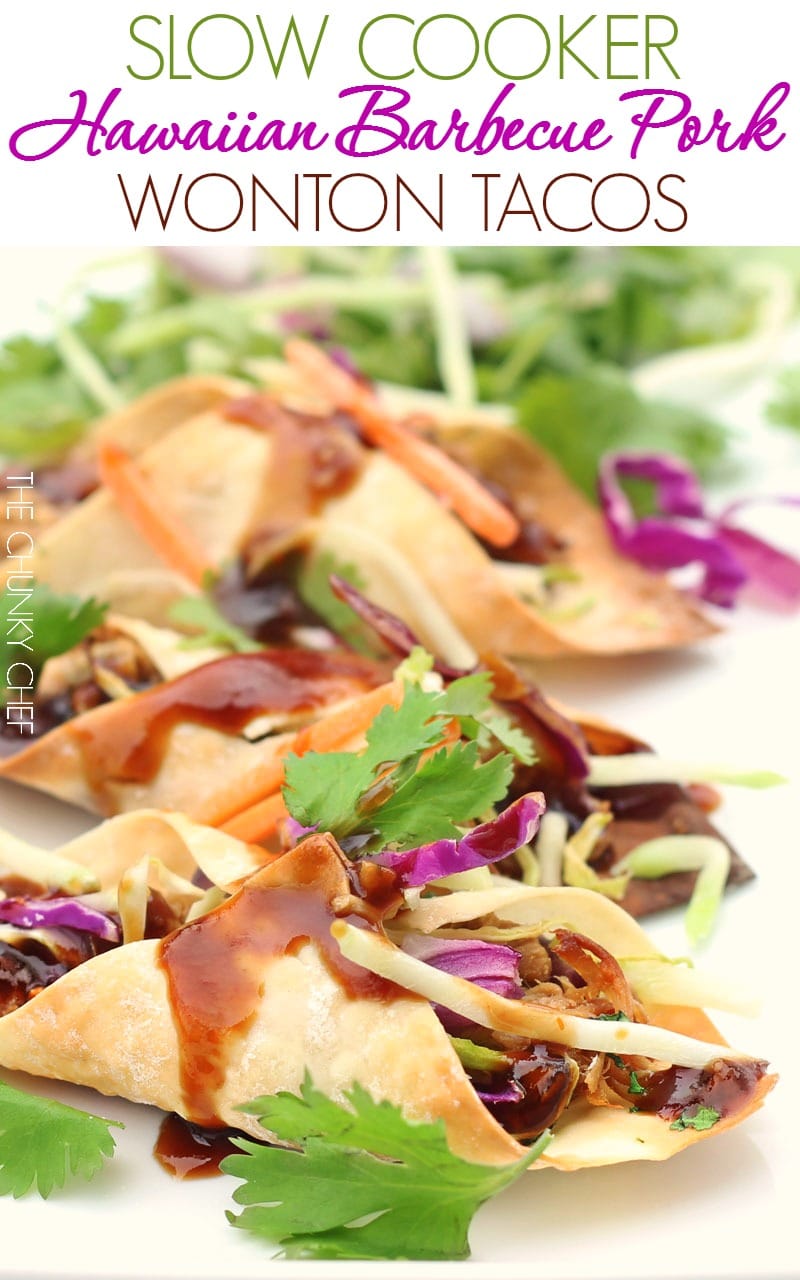