END_OF_DOCUMENT_TOKEN_TO_BE_REPLACED

This crockpot chicken noodle soup is hearty and comforting, yet incredibly easy to make! No need for a can full of preservatives, homemade is the best!

One bite of this homemade crockpot chicken noodle soup and you won’t want canned soup any more! 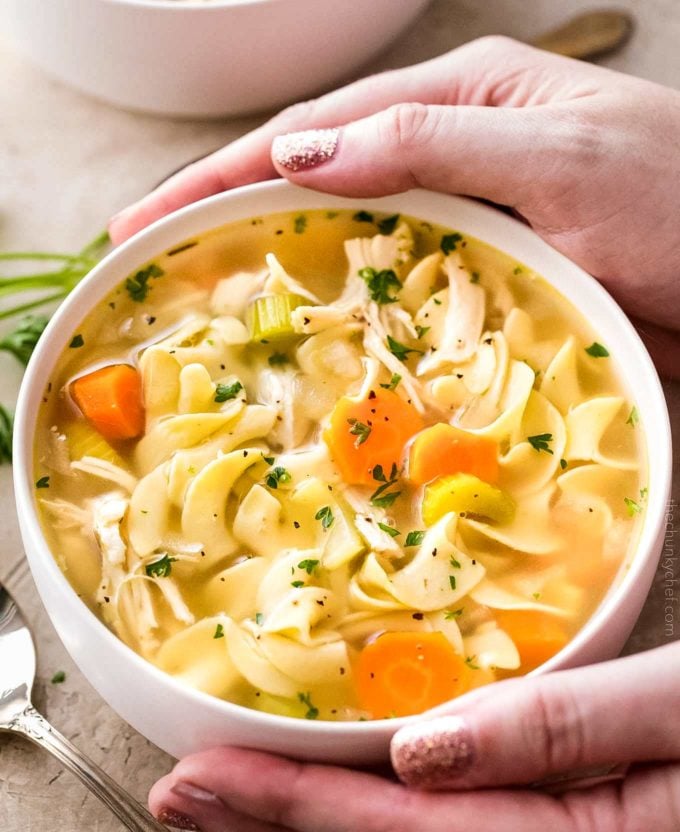 Is there anything more comforting than a big bowl of hearty soup?  There’s something so natural about it, and it brings you right back to childhood.

If the only chicken noodle soup you’ve ever had is a can of good ol’ Campbells, then simply put… you NEED to try a homemade version!  The flavor is so rich, so complex, and it’s incredibly easy to make at home. 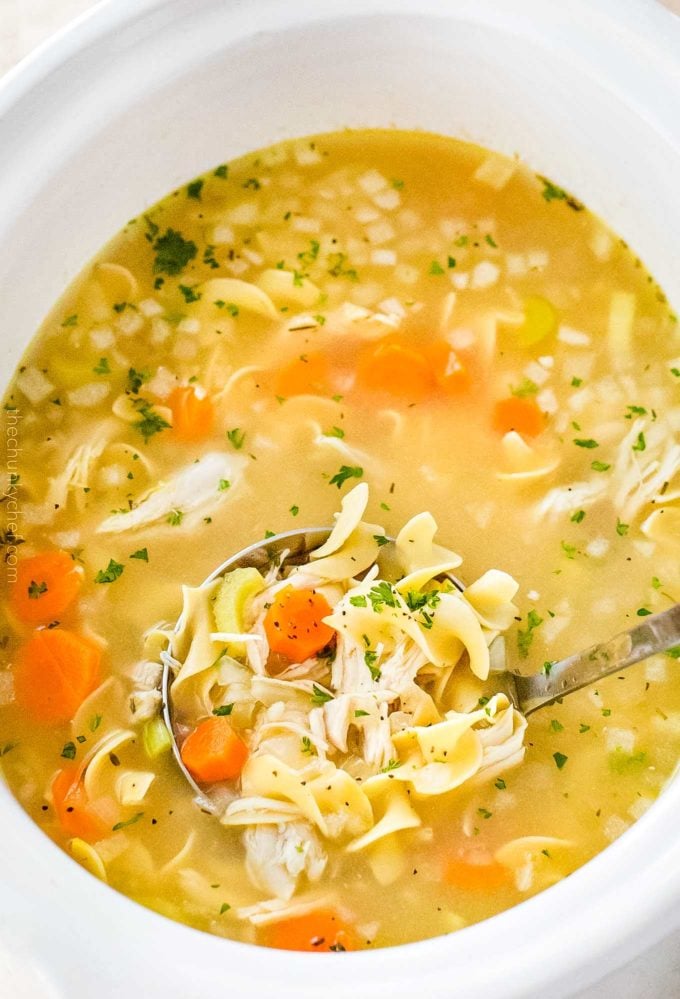 After a long, hard day, a big bowl of this soup is the cure!

IS CHICKEN NOODLE SOUP REALLY GOOD FOR YOU

It depends on the ingredients you use to make the soup, but when you use quality ingredients, yes!  Plus the soups steam warms you and eases any congestion, and the warm brothy soup helps ease a sore throat.  There’s a reason it’s the universal soup for when you’re under the weather!

WHAT HERBS ARE USED IN CHICKEN NOODLE SOUP

In this soup I’ve used dried rosemary and thyme, with some fresh minced parsley as a garnish.  But some dried tarragon, or using fresh herbs would be great additions and substitutions as well.  While not exactly herbs, we’ve also used the classic “mirepoix” or “holy trinity” of diced onions, carrots and celery.  These vegetables are used very frequently to start off just about any soup by adding amazing flavor and aromas. 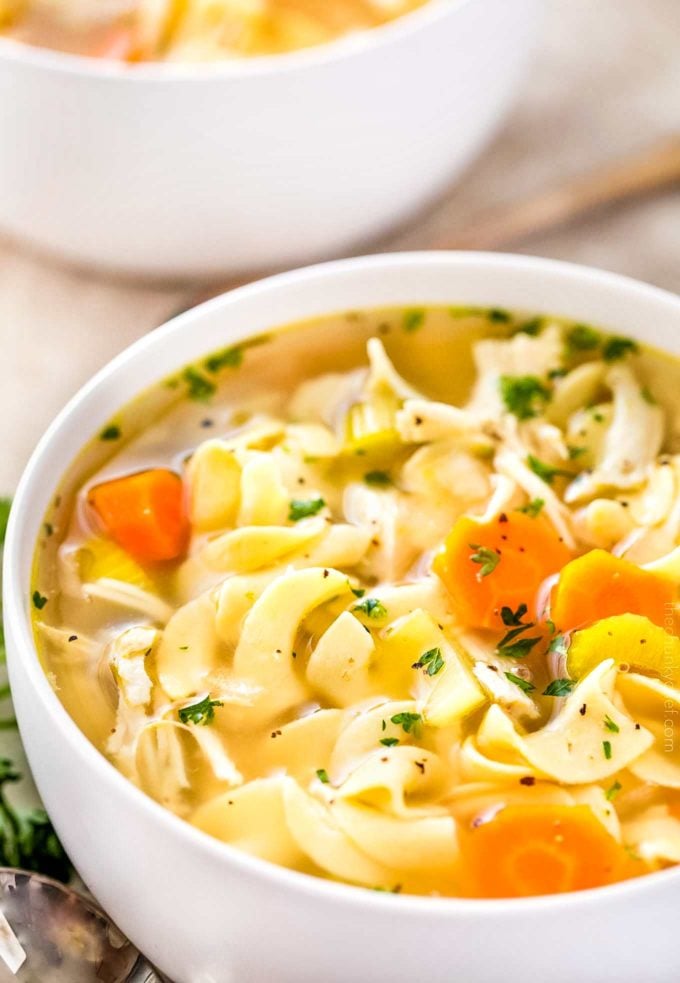 I also like to buy reduced sodium chicken broth, so I can control the amount of salt in the dish.

WHAT’S THE DIFFERENCE BETWEEN CHICKEN BROTH AND CHICKEN STOCK

Traditionally chicken broth is made from simmering meat, whereas chicken stock is made from simmering bones.  Chicken stock has a richer flavor, due to the gelatin released from the bones as they cook, and broth is much lighter, in color and taste.  Since chicken noodle soup is traditionally a brothy soup, with a relatively “clear” broth, I always use chicken broth instead of stock.

CAN THIS HOMEMADE CHICKEN NOODLE SOUP BE MADE ON THE STOVETOP

Absolutely!  You’ll need to make a few adjustments though: 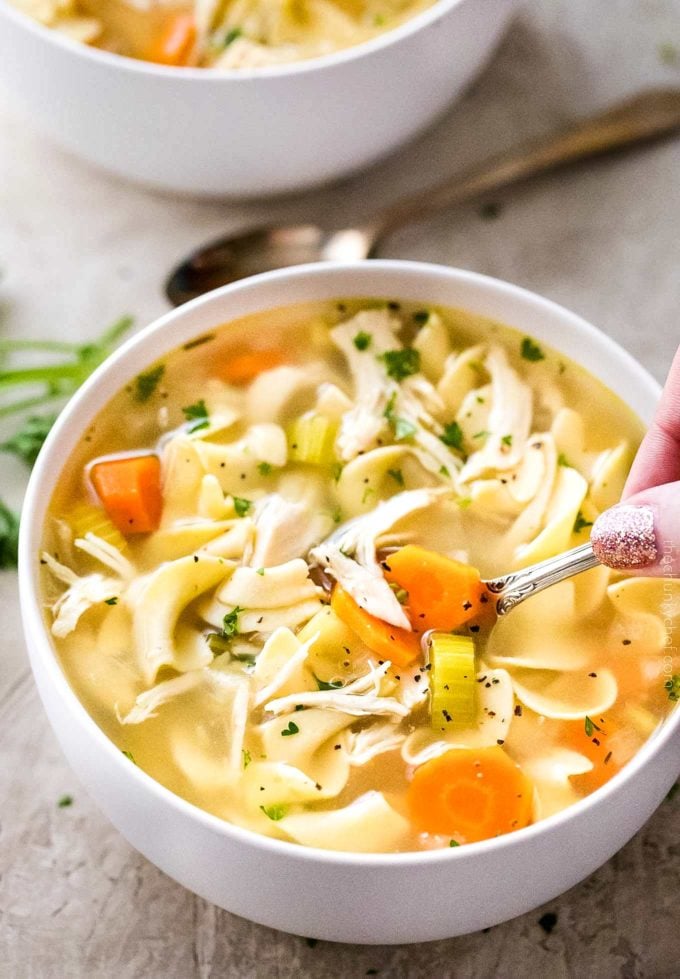 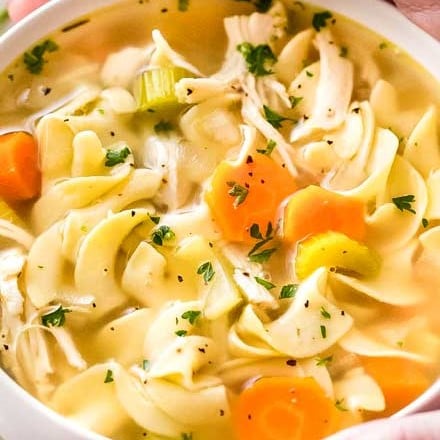 4.7 from 43 votes
Prep Time: 10 minutes
Cook Time: 6 hours 10 minutes
Total Time: 6 hours 20 minutes
Calories: 175
Servings: 6 servings
(hover over # to adjust)
Print Rate Pin
This crockpot chicken noodle soup is hearty and comforting, yet incredibly easy to make! No need for a can full of preservatives, homemade is the best! 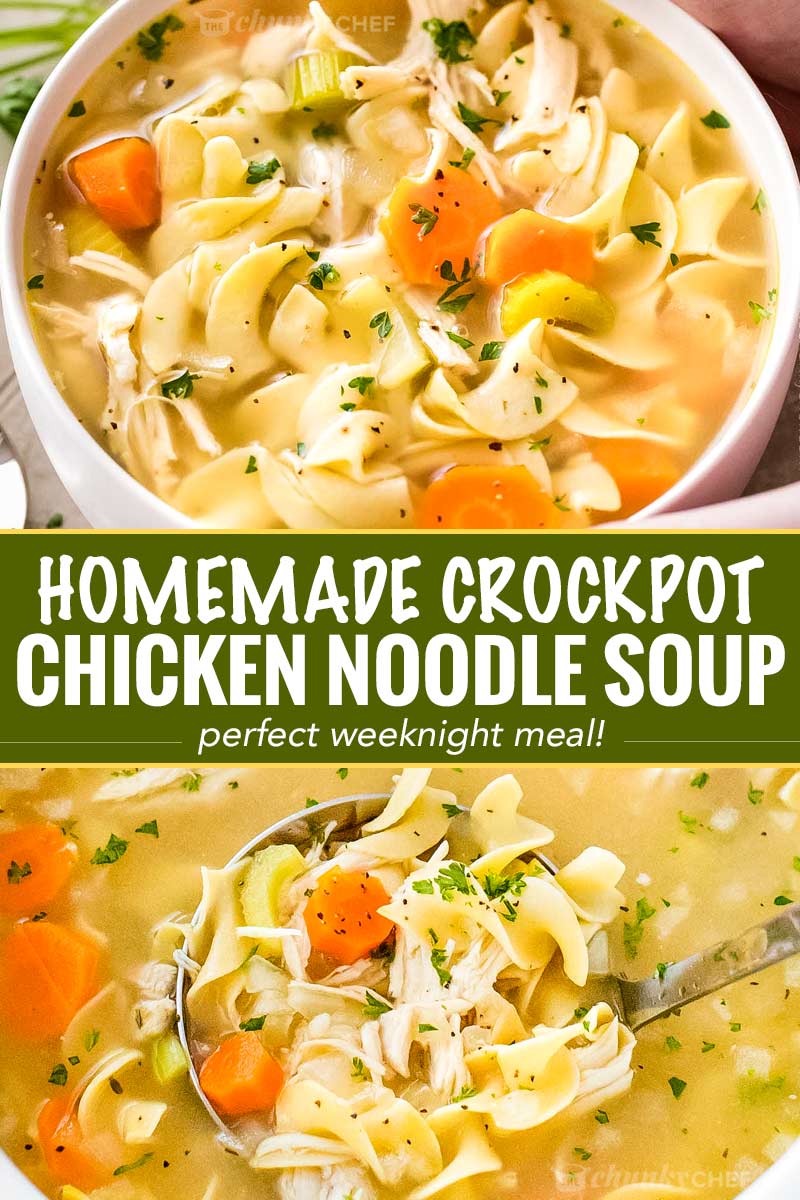 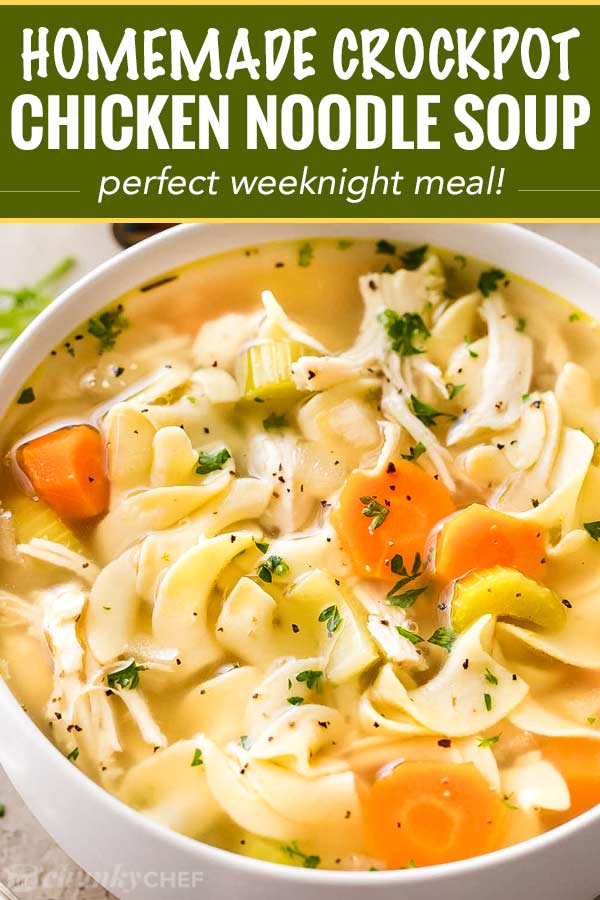 Recipe posted first on Spend With Pennies, where I contribute recipes monthly.

END_OF_DOCUMENT_TOKEN_TO_BE_REPLACED

8 hours 5 minutes
END_OF_DOCUMENT_TOKEN_TO_BE_REPLACED
Send this to a friend