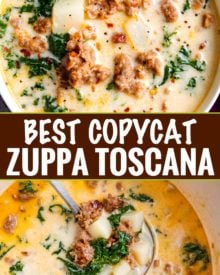 Classic zuppa toscana soup, in slow cooker form!  It tastes WAY better than the restaurant version, and is sure to be a crowd pleaser! 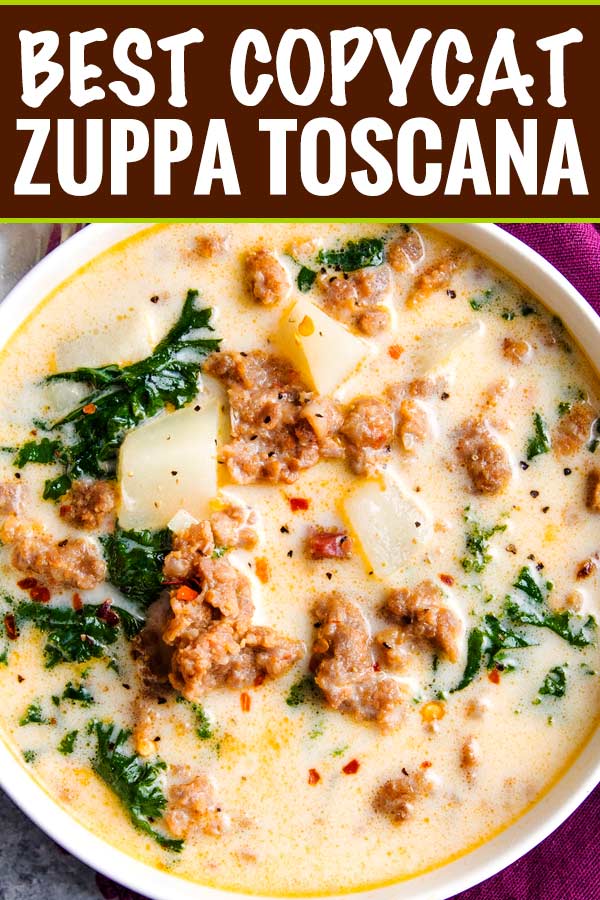 My husband’s favorite soup is Olive Garden’s Zuppa Toscana, so naturally I wanted to find a way to have it at home (for way less money)!  This soup has all the great flavors of the Olive Garden soup, but making at home is much more convenient, and I think it tastes way better!  If you’ve never had this soup… it’s a creamy soup with tender potatoes, spicy Italian sausage, crispy bacon, and healthy kale.

First, I want to clear something up.  Even though zuppa toscana soup translates to Tuscan soup, it’s not a traditionally Tuscan soup.  Olive Garden named this soup and made it incredibly popular all across the United States!

Zuppa toscana soup is made from crumbled Italian sausage, bacon, potatoes, kale, chicken broth and cream.  The combination is soul-warming and absolutely mouthwatering.  What I love most about this copycat soup is that you don’t need a lot of ingredients to get such a rich flavor! 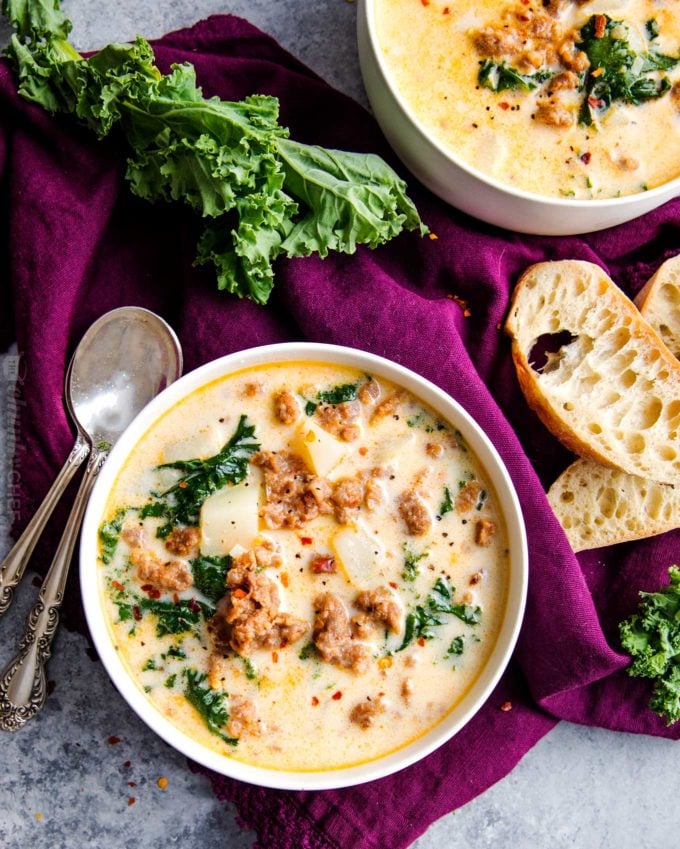 HOW TO MAKE ZUPPA TOSCANA SOUP:

There are three main ways to make this delicious copycat soup; stovetop, slow cooker, and pressure cooker (instant pot).  I’ll have directions for all three down in the recipe card, but let’s focus on the stovetop version for this how-to. 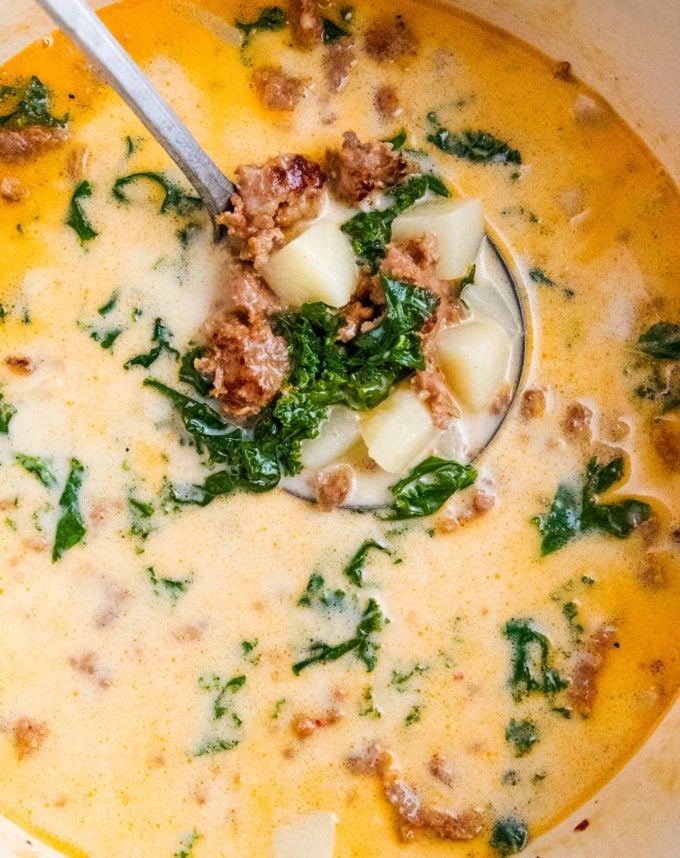 CAN ZUPPA TOSCANA SOUP BE FROZEN OR REHEATED?

Reheated, yes.  It makes for amazing leftovers the next day!  Frozen, I’m not entirely sure.  Soups with dairy have a propensity for separating when frozen.  So if you want to freeze this soup, I would freeze it before adding the cream and kale.  Just add those as you’re reheating the soup.

HOW TO MAKE ZUPPA TOSCANA THICKER?

This soup is traditionally pretty brothy, but if you prefer a thicker soup, it’s really easy to thicken it.  You can either mash some of the potatoes in the soup, or mix 1 1/2 Tbsp of cornstarch with 2-3 Tbsp of additional heavy cream, and stir it in when you add the cream.  Stir occasionally for the next 5-7 minutes and it’ll thicken up. 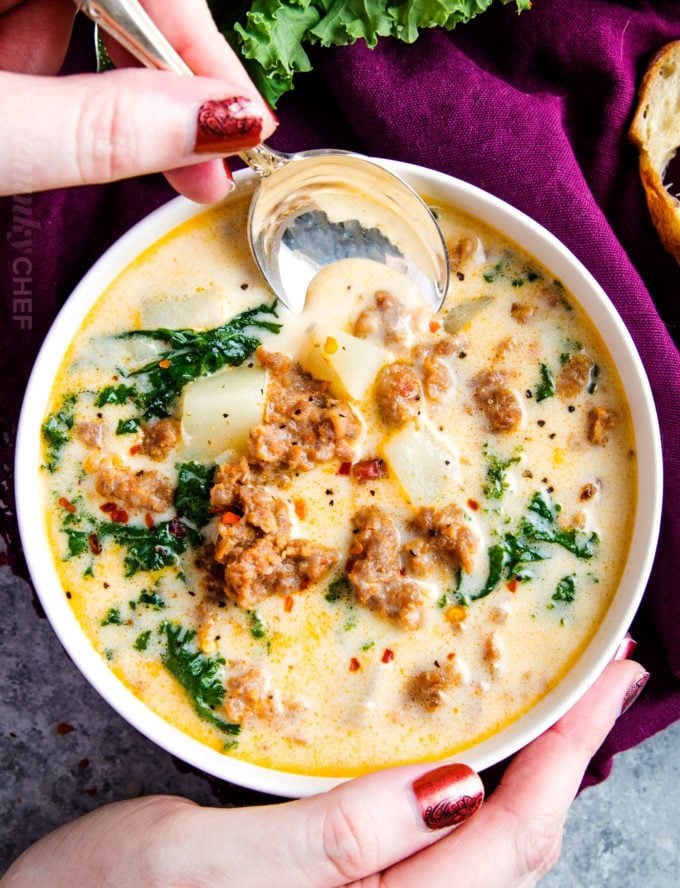 GREAT RECIPES TO SERVE ALONGSIDE THIS SOUP RECIPE:

This is a sponsored post written by me on behalf of Simply Potatoes.  All opinions are 100% mine. 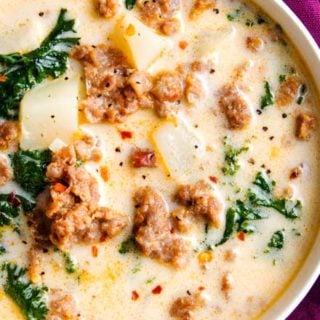 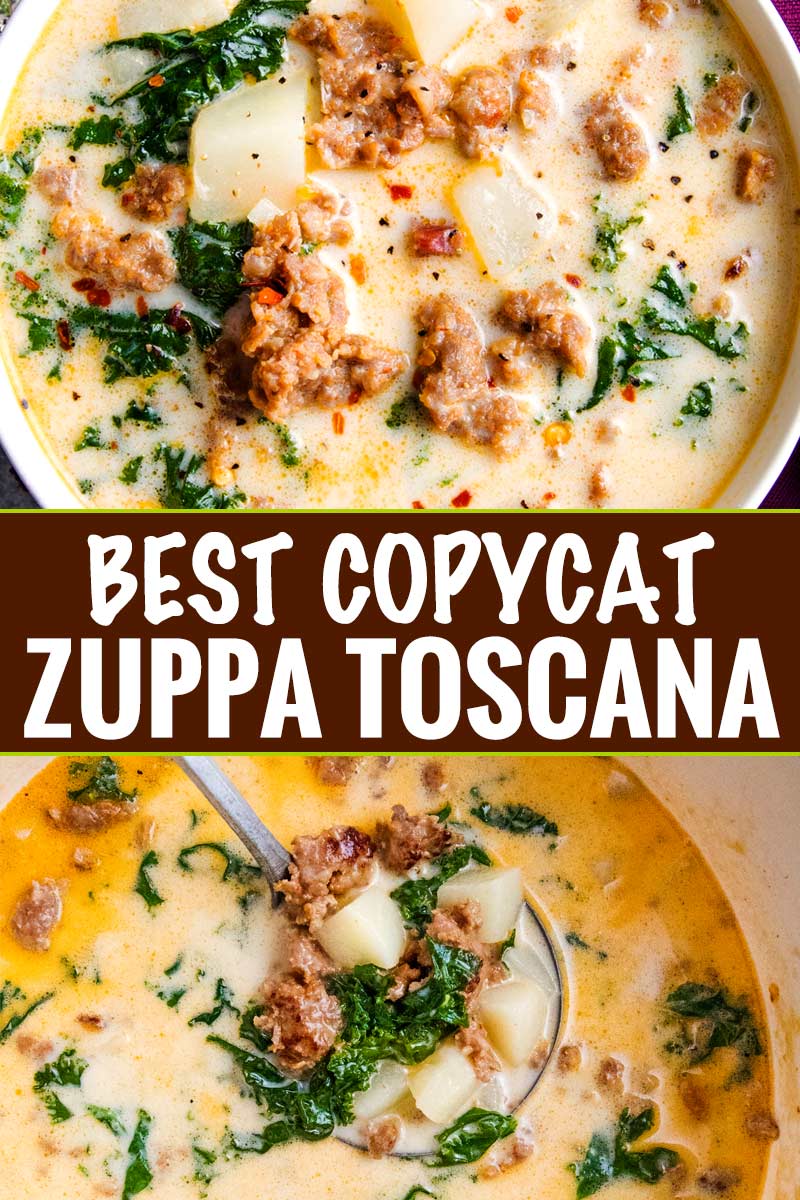 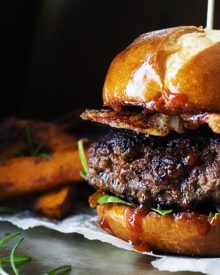 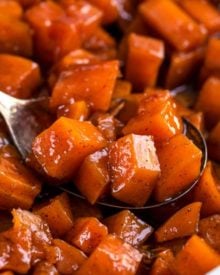 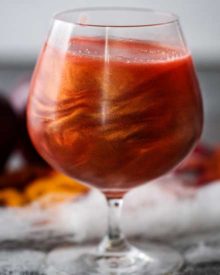