END_OF_DOCUMENT_TOKEN_TO_BE_REPLACED

You guys, it’s almost football season!!  Woohoo!  I don’t know what I like more, the game, or the snacks that we eat as we watch the game 😉  Sometimes making the game day food can be a bit tedious and too time consuming, but not these buffalo chicken tacos!

This shop has been compensated by Collective Bias, Inc. and its advertiser. All opinions are mine alone. 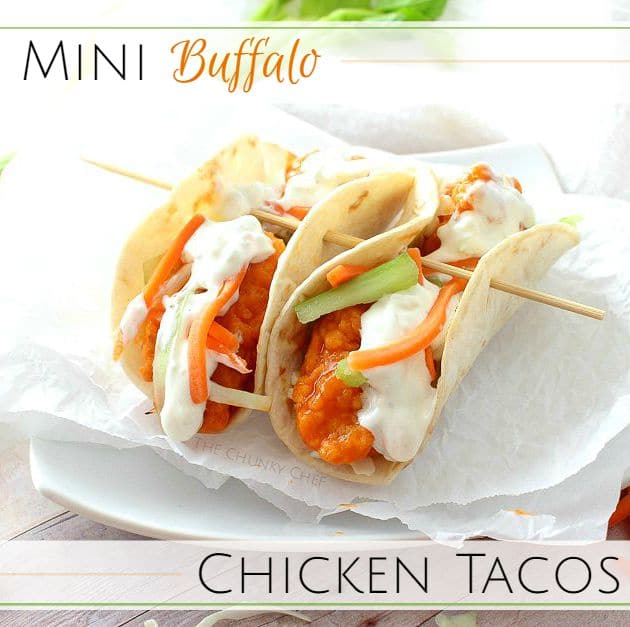 Which do you like more, tacos or chicken wings?  Man, that’s a tough decision isn’t it?  Well now you don’t have to chose.  That’s right… I combined the two in some ahhh-mazing buffalo chicken tacos!  And they’re mini, so they’re the perfect little 2-3 bite snack! 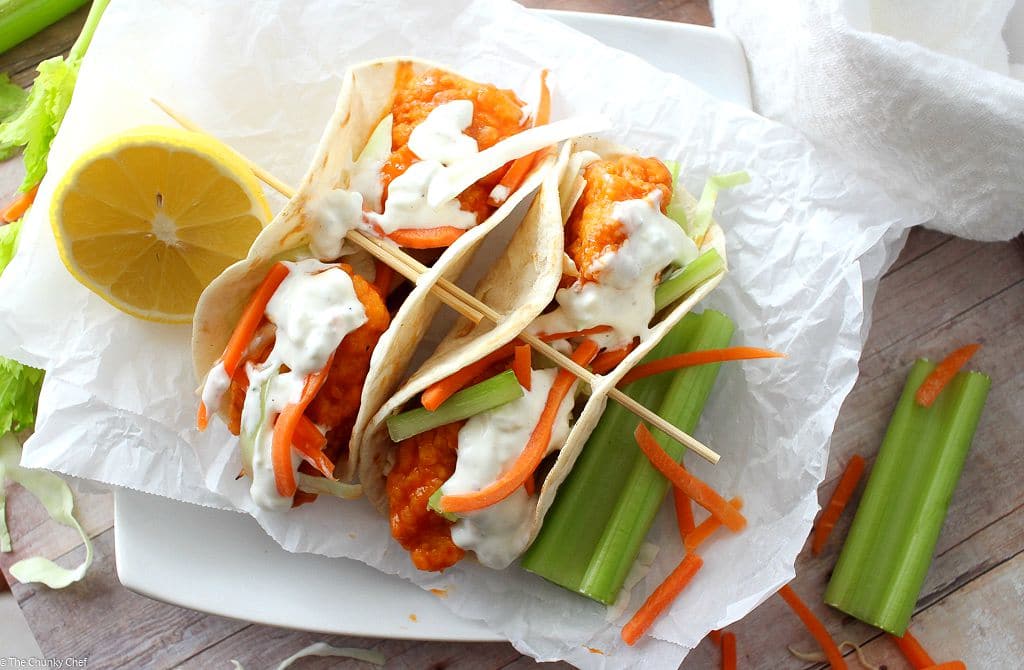 This recipe actually gets even better though, because it will take you 15 minutes to cook these bad boys!  Just 15 minutes… and it includes making a blue cheese dressing from scratch 😉

To start, get your oven preheating and line a baking sheet with foil.

While it’s heating up, go ahead and make your blue cheese dressing. 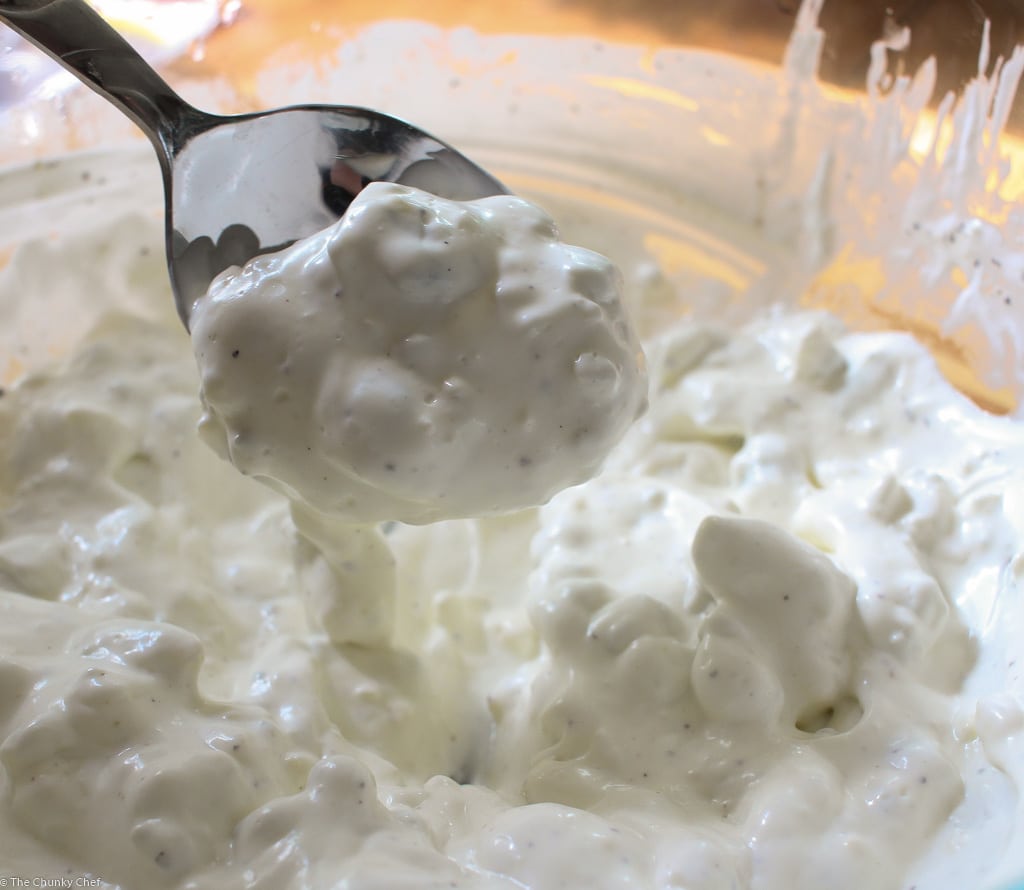 Arrange your boneless chicken bites in a single layer on your baking sheet and bake as directed on the product box.  Place the included sauce packet in a bowl of hot water to thaw.

While the chicken is baking, get your ingredients together for your celery/carrot slaw.

I used a bag of pre-shredded cole slaw and pre-shredded carrots, then just thinly sliced up some celery.  Make it easy on yourself, take a little help from the grocery store!

The last thing to do is to make your mini soft taco shells.  For that, you’ll want to use the large burrito sized flour tortillas.  I was going to use my biscuit cutter to make small rounds, but my cutter wasn’t large enough, so I grabbed a small little mixing bowl and used it to cut 2 rounds out of each tortilla.

Now the chicken should be finished cooking, so place the chicken bites in a mixing bowl and toss with the buffalo sauce. 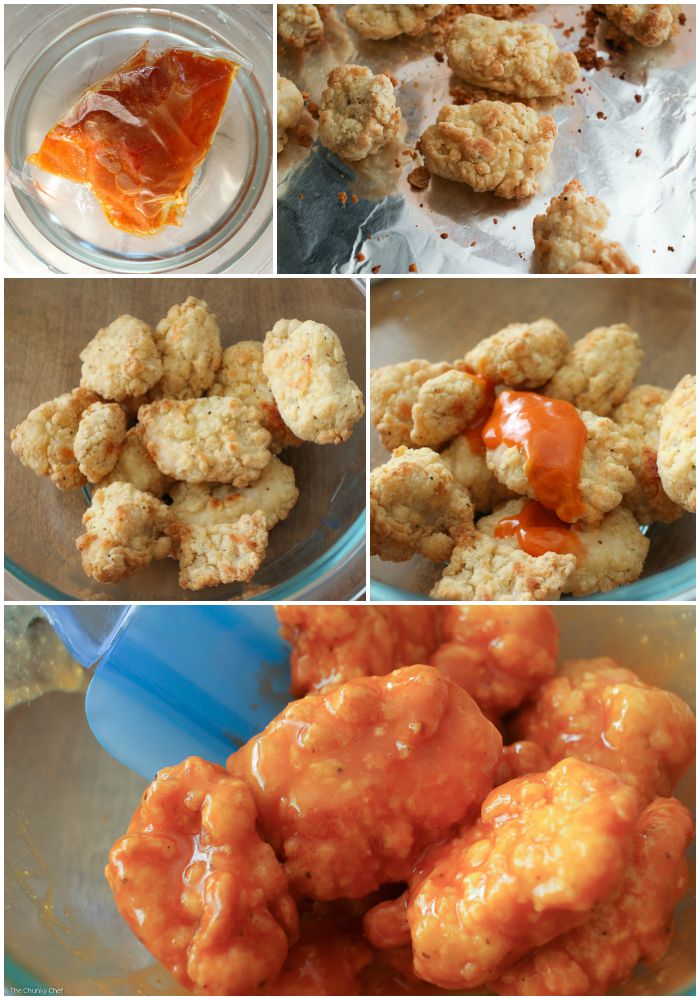 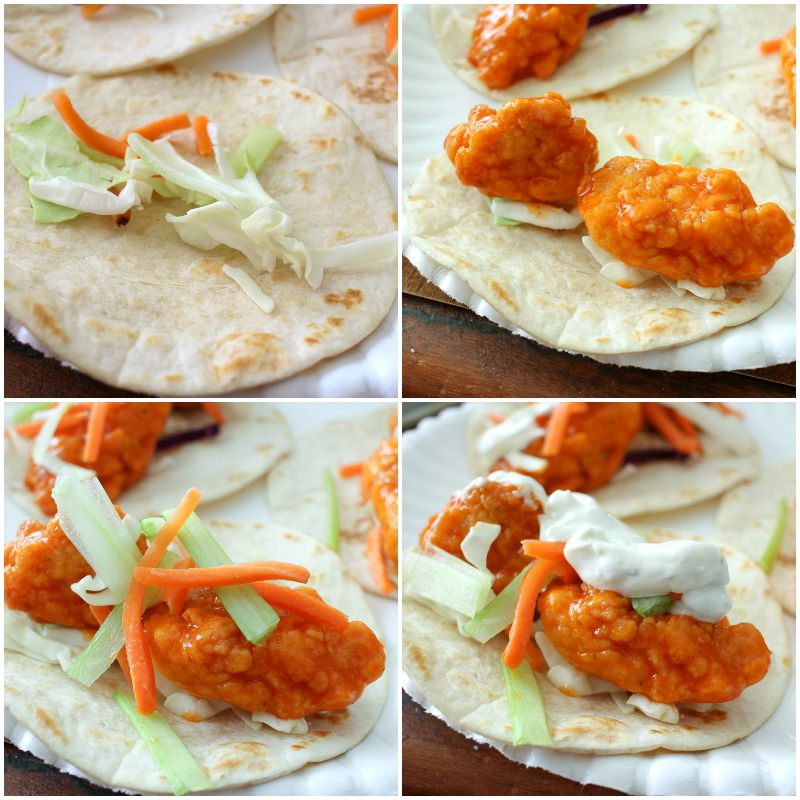 Start off with some slaw in the center of the tortilla, top with a couple buffalo chicken bites, top with some more slaw, and then drizzle with plenty of creamy blue cheese dressing. 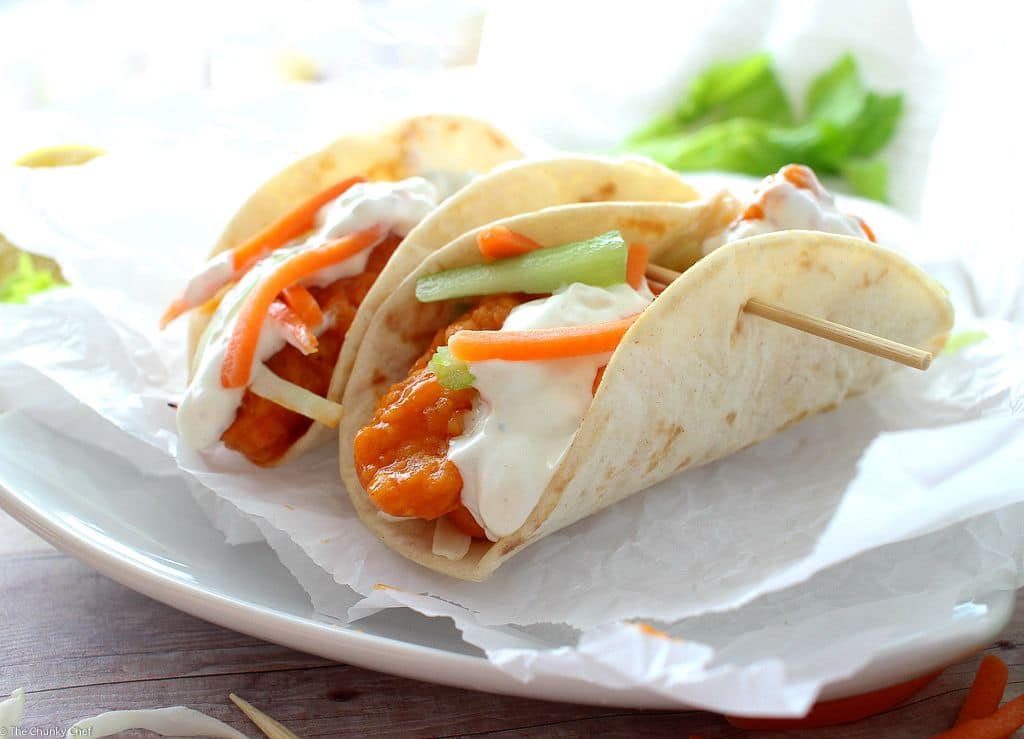 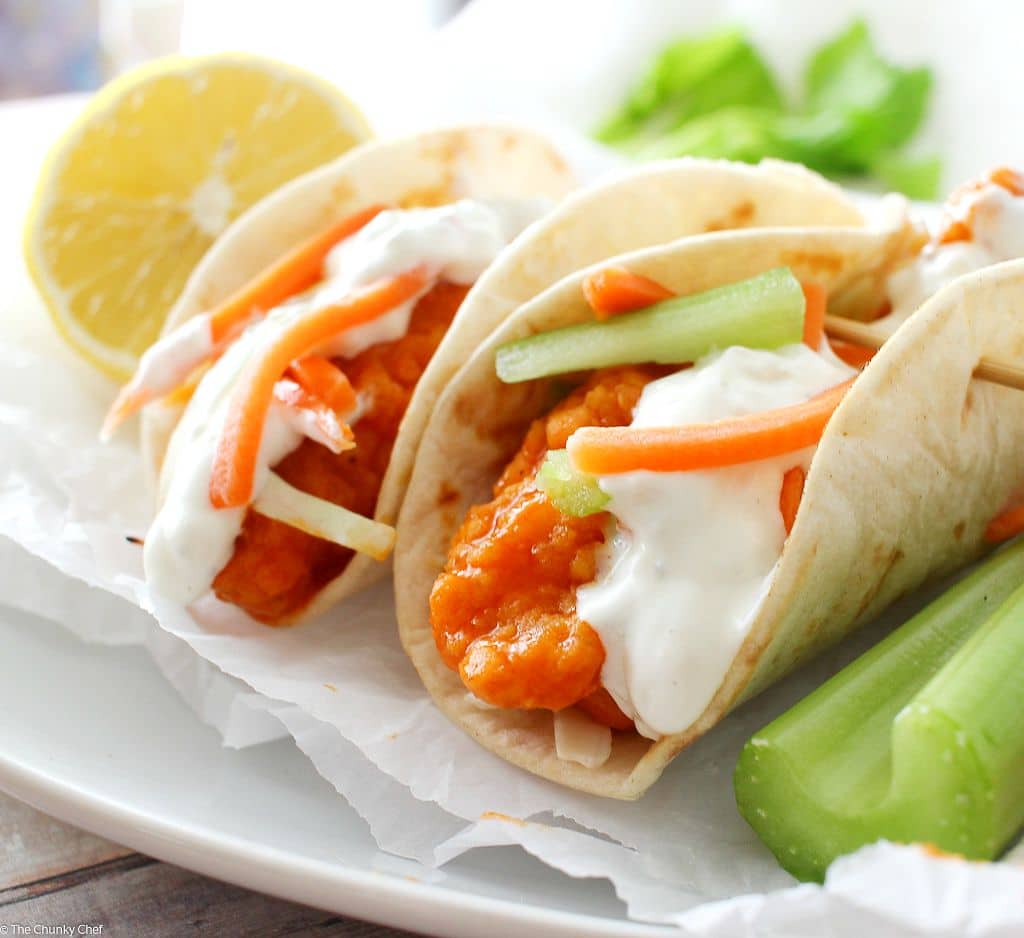 I hope you guys give this one a try… I know you’ll LOVE it!! 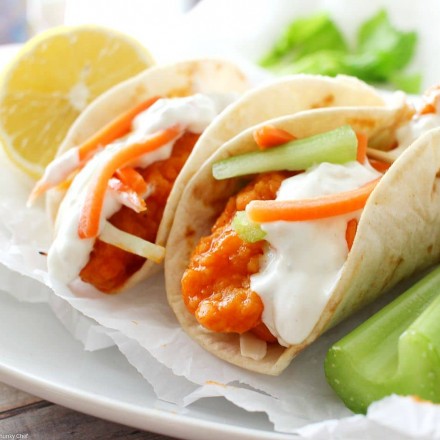