END_OF_DOCUMENT_TOKEN_TO_BE_REPLACED

Love brownies?  Love cheesecake?  Love raspberry?  Well, then I have your new favorite dessert!  These brownies have layer upon layer of sweet richness and can be drizzled with some chocolate sauce for some extra decadence. 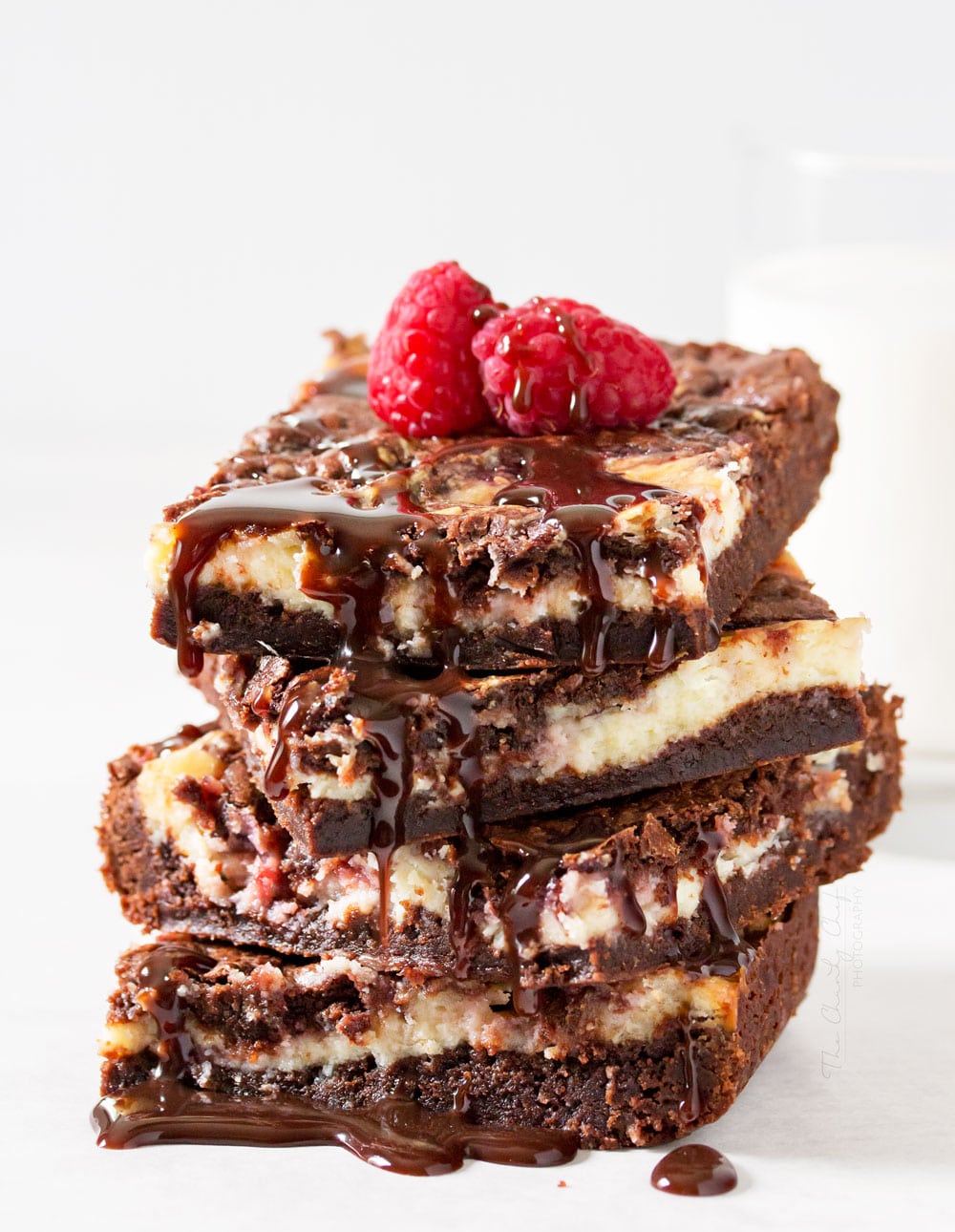 Okay, so pretty much every time I see that picture, my stomach starts growling.  I have a serious cheesecake obsession… and have some more cheesecake recipes planned for you all this year 🙂  But…. I also love brownies.  Nothing against the cake-like brownies, but I love the rich, dark, fudgy brownies that just go directly to your hips.  The kind that you feel like you’re being naughty by eating one.  So why not combine the two? 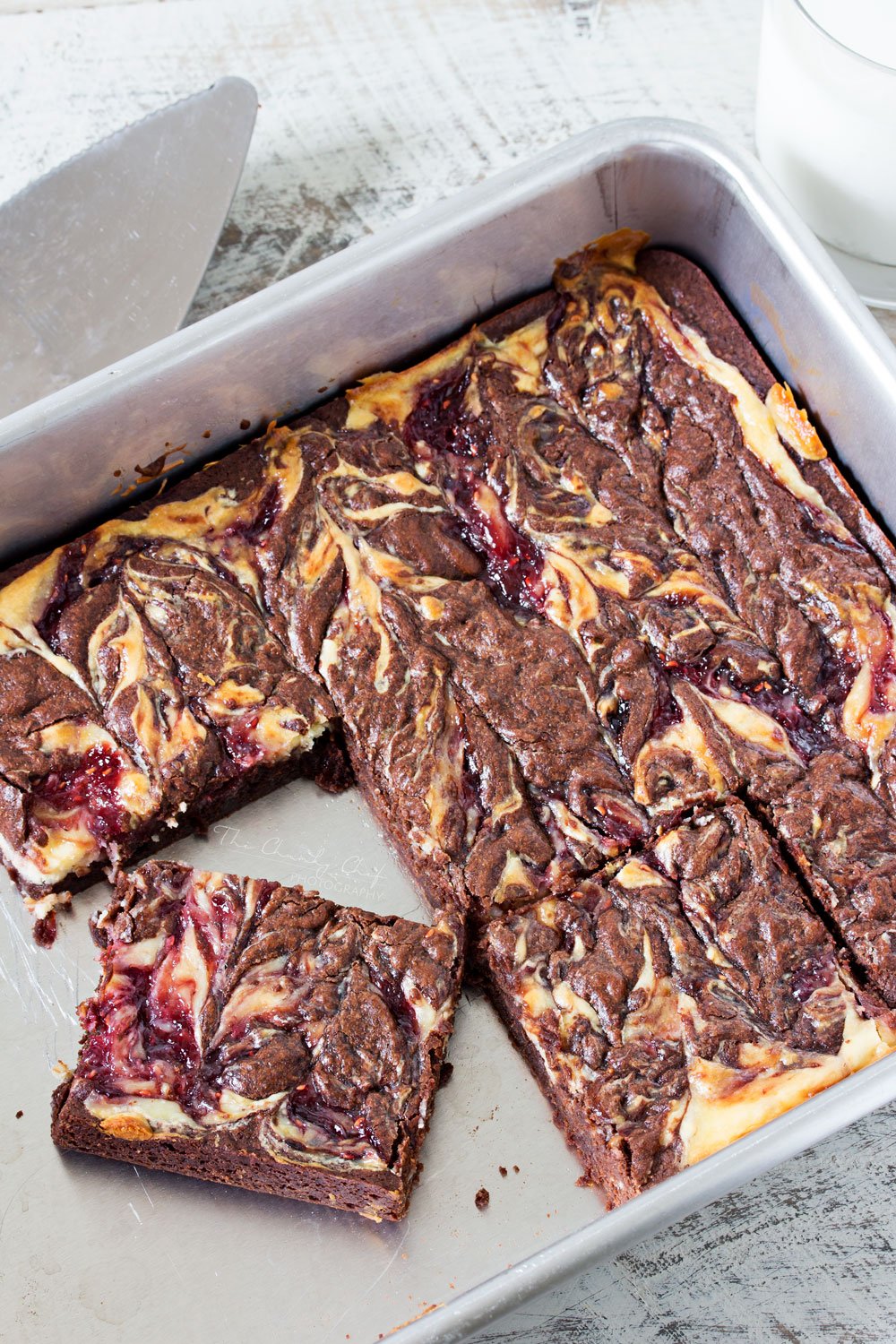 I have a confession to make though… there wasn’t enough cheesecake in these for my tastes.  BUT, I want a LOT of cheesecake.  So I’m sharing the recipe with you all, the way I made it, but if you want more cheesecake, you could easily double the cheesecake layer and just alter the cooking times.

Once you try cheesecake brownies, you’ll have a hard time going back to plain brownies.  The two flavors are just perfect together!  If you love the combo, check out my brownie bottom cookie dough cheesecake! 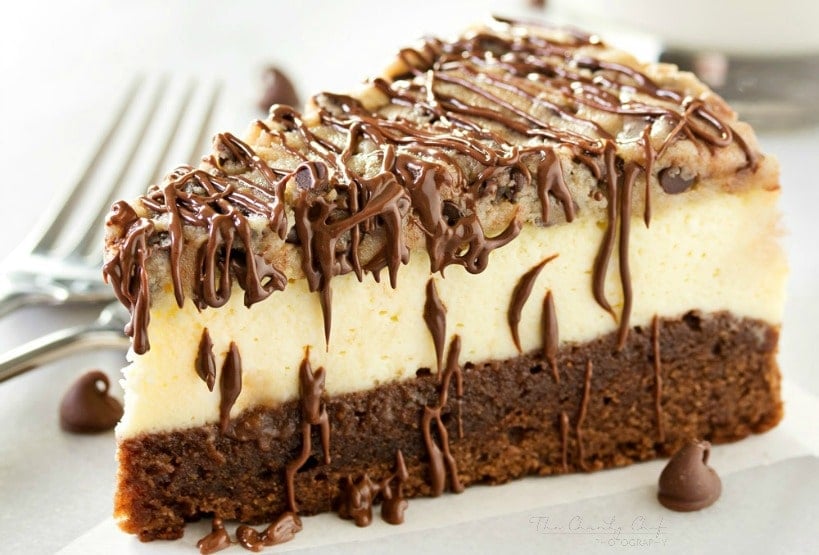 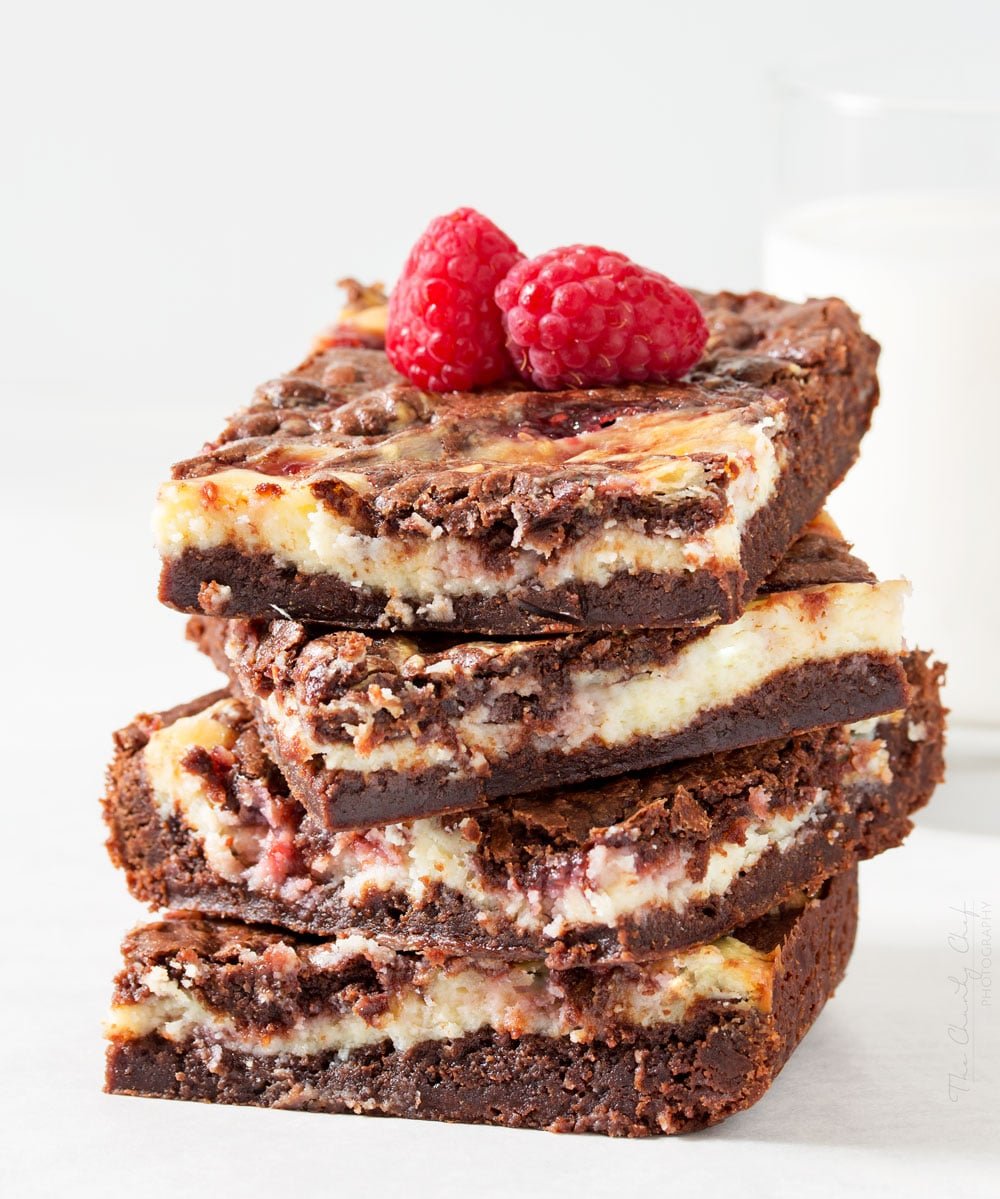 Don’t be intimidated by the layers… there’s not a ton of stuff to wash.  The brownie layer is made with just a wooden spoon, and you can even make the cheesecake layer with a whisk and some elbow grease 😉  I’m all for not washing the big stand mixer if I can avoid it lol.

If you’re not a huge raspberry fan, you could easily swap it out for some strawberry, blueberry, blackberry, or even leave it out all together for a tuxedo cheesecake brownie bar 🙂

Bring these to your next get together and watch them disappear as everyone keeps raving about how amazing they are!

This recipe is slightly adapted from The Recipe Rebel’s Cherry Cheesecake Brownie recipe.  You should definitely check out her blog… lot’s of great ones there! 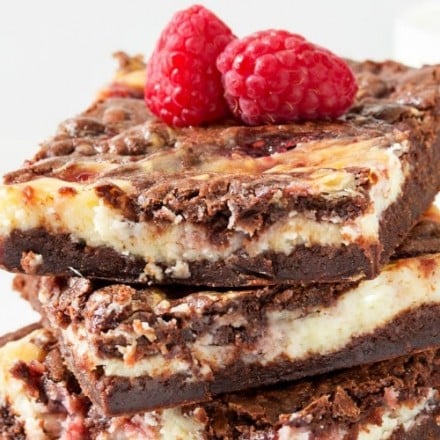 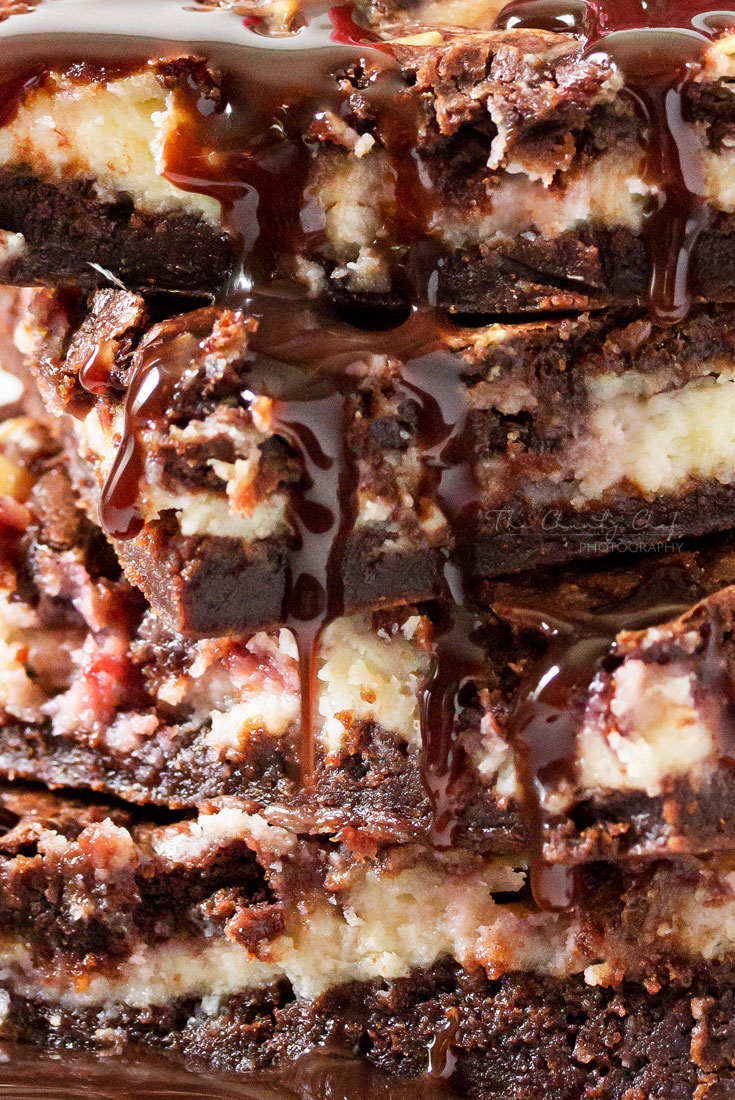